Why ‘Irreplaceable Assets’ Are The Best Investment You Can Ever Make…

It’s one of the most common questions you’ll get from the average investor: What is the best stock to buy?

In my former life as a financial advisor — as well as my current role as Chief Investment Strategist for StreetAuthority’s Top Stock Advisor premium newsletter — I’m used to getting this question often.

The simple answer is, of course, “it depends.” But if there’s one thing I’ve learned in all my years of analyzing the market, there’s one answer — one investment — that has always been a tried-and-true answer to this question. But to truly understand it, allow me to share a brief story with you…

The Iconic Investment That Keeps Paying Year After Year

On December 20, 1922, surveyor J.G. Tierney made his way along the Colorado River by barge. Tierney, who worked for the U.S. government, was surveying a remote spot in the Mojave Desert called Boulder Canyon.

But it wasn’t without its costs. In total, 112 men — beginning with J.G. Tierney, who on that December day drowned after falling off the barge that carried him and his equipment — died to create this investment. 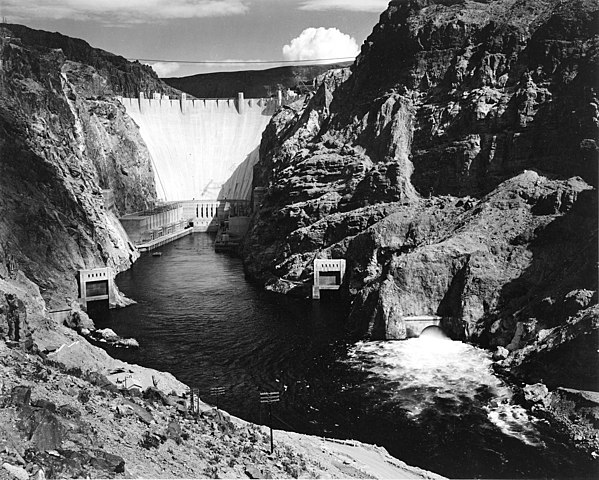 Instead, it’s what Hoover Dam represents that is the true opportunity to grow your wealth.

The Hoover Dam (originally called Boulder Dam) project was massive. At its peak, more than 5,000 people worked on it at the same time. And the dam contains enough concrete to pave a two-lane highway from San Francisco to New York City. In total, construction costs came to $49 million by the time it was finished in 1936.

Located in the base of the dam are 17 hydroelectric turbines that make up the Hoover Powerplant. These turbines generate roughly 4.2 billion kilowatt hours (kWh) of electricity per year, making it one of the largest hydroelectric plants in the United States.

Electric providers love hydroelectric power because it’s among the cheapest power sources on the planet. Hoover Powerplant sells its electricity on the wholesale market at just 1.6 cents per kilowatt hour. In comparison, Las Vegas residents pay an average of 11.6 cents per kWh for electricity — seven times as much.

But even at that low cost, Hoover Dam generates and sells about $63 million in electricity every year (1.6 cents x 4.2 billion kWh) — that’s nearly 130% of what it cost to build the dam in the first place.

Of course, there are a number of other costs such as maintenance and upkeep that figure into the equation, but the point remains — the Hoover Dam has become one of the greatest individual investments ever made by the U.S. government. And it continues to increase its return year after year.

How To Make Irreplaceable Assets Work For You

No one can come along and build a competing dam. And the world isn’t going to run out of a need for electricity. If anything, we’ll need more electricity in the future.

That’s why even eight decades after it was built, the dam is more important today than ever.

Take oil and gas pipelines, for example. Pipelines are the ultimate irreplaceable assets. Another company can’t simply build a pipeline next to an existing one. And the pipelines that carry fuel, natural gas, oil, and other commodities across the country aren’t about to be replaced by some new technology.

Take Brookfield Infrastructure (NYSE: BIP) for example. Brookfield owns toll roads, electricity transmission grids, ports, and railroads all over the globe. All of these are irreplaceable assets. And they continue to earn a steady stream of cash for BIP and its investors. Last I checked, BIP was has trounced the S&P 500 index in the last five years (and beyond) while paying a dividend yield of 4.5%. 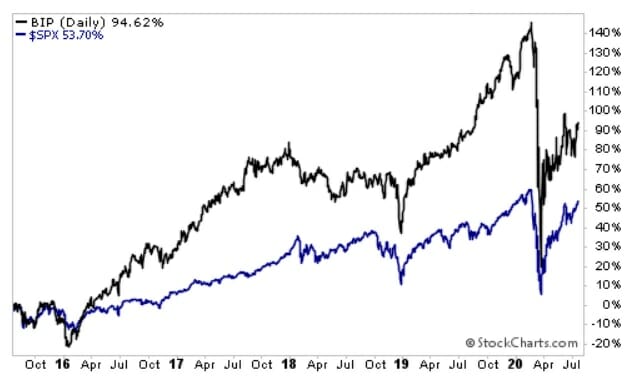 Don’t get me wrong, there are no guaranteed winners in the investing world. Any investment can fall in value. But when asking yourself what the best stock to buy at any particular moment is, the answer is often the sort of securities that give you access to irreplaceable assets. Regardless of conditions in the market, they often end up being some of the most lucrative investments to own for the long term.

P.S. I just recently came across another Irreplaceable Asset… and it could lead to our biggest winner this year.

A satellite tech company just bought a startup that owns the exclusive global rights to a huge slice of satellite communication “channels” that are essential for smart devices (like your Alexa assistant or Nest thermostat).

Millions more of these devices will be coming online in the next few years, so this could turn out to be the deal of the decade. And right now, analysts on Wall Street are completely ignoring it. But if get in on this opportunity now, you could be the one laughing to the bank.