Are You Ready To Profit From Cannabis Stocks?

There’s no doubt about it, hemp and marijuana (both medical and legalized) have arrived.

And therein lies the promise.

What these numbers tell us is that an already blossoming industry still has the potential to expand into most of the country.

​And because this growth will meet a ready market, and because it starts from nearly ground-floor levels, the opportunities are massive.

Big Business Is Getting In The Game 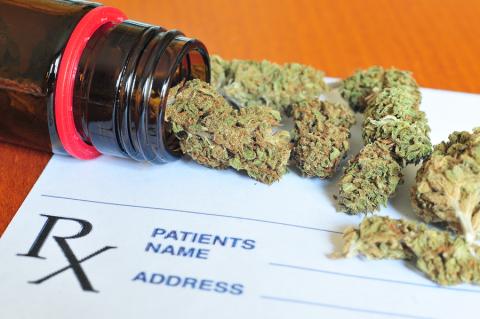 It’s quite likely the prohibition in the United States will continue to ease one way or another over the next few years, either via more states making a variety of uses legal, or even at the federal level.

And if that were to materialize, the sky is the limit. Some industry analysts believe this fledgling industry can turn into a $500 billion a year behemoth, putting it on par with the global hotel industry. Wall Street and industry insiders agree that the opportunities are tremendous.

Because our neighbor to the north is still the biggest game in town, though, that’s where most of the action is. And for a number of mega-cap companies, the strategy has been to partner up with or take a stake in a Canada-based pot company.

You get the idea. A large player makes sure it has created some leverage to this massive trend — via a country where nation-wide legalization is already in place. And the smaller player gets access to funding, access to the larger partner’s resources, and the easy access to the new markets once they open wide, as well as often-needed publicity.

How You Can Profit

Now, I’m not saying you should bet the farm on these companies. But the big boys are already testing the waters with some of these promising companies. And there’s no reason you and I couldn’t or shouldn’t opt for a similar strategy of taking small positions in a few promising pot-focused companies.

That’s because there’s no doubt that the tide is, indeed, turning. Spearheading that emergence is the rise of cannabis-based therapies to address a variety of maladies. And perhaps the biggest immediate opportunity lies in addressing the opioid epidemic.

The opioid crisis that tore through this country over the past ten years has left thousands of victims in its wake. Already, several drug companies have shelled out billions of dollars to settle claims with a handful of states.

While that may help compensate victims for the suffering they endured, it does not address the underlying problem of chronic pain. We now know that opioids are not the answer, but what is the solution for patients in need of a cure?

To put it simply, it lies in revolutionary new marijuana-based alternatives to opioid pain-meds like Oxycodone.

I recently released an in-depth special report to pull back the curtain on this — because it has the best potential to deliver massive gains to investors regardless of what happens with the overall legalization battle. After all, one thing both sides can agree on is that if we can alleviate the suffering of millions of Americans without the side-effects of addiction, we should do it.

I’ve never revealed this information to the public before, and we can’t leave it up for long. We simply can’t let too many people catch on to this — or else we’ll lose our edge over the market. But if you act fast, you can access the report now.