Whenever I meet other traders, there’s one question I love to ask more than others…

What book are you reading?

Honestly, the answers are what most of you would expect. I’m sure none of you would be surprised to learn that traders like to read books about trading and the markets. But occasionally I’ll get a recommendation that’s a little… different.

One of those different books that traders all seem to gravitate toward is an old collection of stories: Scottish journalist Charles Mackay’s Extraordinary Popular Delusions and the Madness of Crowds.

This old book is actually one of my favorite reads. If you haven’t read it, I highly recommend picking up a copy.

When People Think In Herds 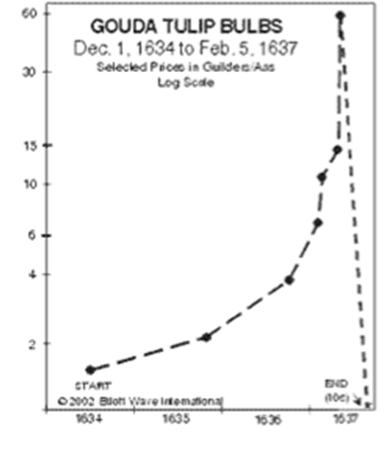 In it, Mackay debunks a number of other popular delusions, including fortune telling, haunted houses, the irrationality of the crusades, even the influence politics has on hair styles. It’s quite entertaining.

Mackay also catalogues episodes of mania in the marketplace, like Tulipomania, a bubble in tulip bulbs that unfolded in Holland in the 1630s. At the peak of the tulip bubble, a single bulb was worth about 60 guilders — or about three months’ pay for the average skilled Dutch worker.

Here’s a quote from the book that pretty much sums up the theme:

“Men, it has been well said, think in herds; it will be seen that they go mad in herds, while they only recover their senses slowly, and one by one.”

Although Mackay’s book was originally published in 1841, the edition I own was printed in 1960, with a foreword from Bernard Baruch written in 1932. And as interesting as the original text is, I find Baruch’s edition to be just as enlightening. 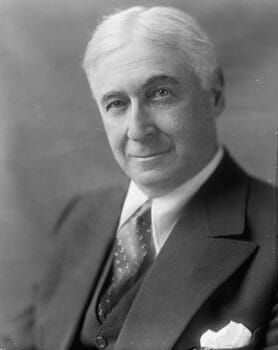 For those of you who aren’t familiar with Bernard Baruch, he’s been considered one of the world’s greatest investors since before more contemporary greats like Warren Buffett and Peter Lynch were even born.

Baruch believed “Extraordinary Popular Delusions” was important for investors to understand and even credited the book with saving him millions of dollars. In his 1932 introduction, he noted, “All economic movement, by their very nature, are motivated by crowd psychology.” This was true in the stories Mackay wrote and in the markets Baruch traded.

But there’s one short passage that is especially near and dear to my heart:

“…if we had all continuously repeated ‘two and two still make four,’ much of the evil might have been averted.”

Baruch felt this book was important because this pattern of irrational mania followed by major fallout still repeats over and over again in the market.

Applying This Knowledge To Today

It’s not hard to see this playing out in modern times. Irrational and unsustainable behavior (like a new cryptocurrency soaring 500% in one year) is not new, and neither is the antidote to irrational behavior. That’s why investors and traders alike should be weary of falling victim to this kind of behavior. But it requires a humble and introspective approach…

Instead of chasing bubbles, I stick with proven ideas that have continued to work and tell myself that two and two still make four.

One of those proven ideas that has worked well in the past (and therefore, is more likely to continue working well in the future) is selling put options on stocks identified by my award-winning Income Trader Volatility (ITV) indicator. I developed this tool specifically to tell me when an individual stock’s volatility reaches a short-term peak, allowing me to balance the potential risks and rewards of options trades.

In other words, my proven system tells me exactly when share prices are going up or down. Unlike many options traders, who stab in the dark for price swings, my system is to earning my Income Trader subscribers and me thousands of dollars in reliable income every month. In fact, over 90% of the trades I recommend to readers are successful.

The best part? It takes only a few minutes per week to make these trades. A few minutes could earn you enough extra income to free you from relying only on Social Security, your savings, or even your job. It could give you the free time and wealth you need to pursue a new hobby or live on your own terms.

If you’re interested in finding out how my system works and how easy it can be start earning thousands of extra dollars per month, I invite you to click here.