Impossible, right? That must be a typo.

But that’s what Warren Buffett has done for investors since taking control of Berkshire Hathaway (NYSE: BRK-A) in 1965. The stock has delivered annualized returns of 20.5% over the past half-century, for a cumulative gain of about 2.4 million percent. To put that in context, the “unbeatable” S&P 500 has posted a return of 15,019% over the same time frame.

That’s not even a contest.

Actually, these figures come from Berkshire’s 2018 annual report and don’t yet reflect the widespread gains of 2019. But even without them, the “Oracle of Omaha” has already created more than $500 billion in value for Berkshire shareholders. This has turned many of his devout followers into multi-millionaires.

That’s why Buffett is the closest thing we have to a rock star in the investment world… and why so many people shadow his every move.

A couple days ago, I touched on the cornerstones of Buffett’s investment philosophy. I opted to skip over the biographical parts of the Buffett story for the sake of time and space. But that’s worth going over, too. So let’s dive in…

It didn’t take long for Warren Buffett to show a strong entrepreneurial spirit and a remarkable aptitude for money and finance. At the age of 11, he was already working in his father’s brokerage firm when he made his first stock market investment, purchasing three shares of Cities Service Preferred for $38 per share.

The stock plunged shortly after, forcing many older and more experienced investors to take their losses. But Buffett held fast and was rewarded when the shares bounced back. He later sold at $40 and pocketed a modest gain. But the stock eventually skyrocketed to around $200 – perhaps ingraining the buy-and-hold philosophy that has since defined Buffett’s career. 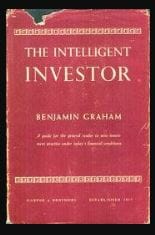 After high school, Buffett studied at the University of Pennsylvania’s prestigious Wharton School of Business. Later, he attended graduate school at Columbia and was taught by none other than Benjamin Graham – the father of value investing. Buffett excelled under the tutelage of his new mentor and would eventually be hired to work at Graham’s Wall Street firm.

Naturally, this stellar performance attracted many subsequent investors, and the partnership thrived during the bull market of the late 1960s (profiting $40 million in 1968 alone). Original investors who stood behind Buffett from 1956 to 1969 earned extraordinary annual returns of around +30% during that period.

Buffett liquidated nearly all of the portfolio’s holdings the following year. One of the few exceptions was Berkshire Hathaway – a small textile company he had begun accumulating seven years earlier at $8 per share (at the time, the firm had $16 per share in working capital).

The rest is history.

After graduation, he returned to Omaha and convinced seven family members and friends to invest in what became known as Buffett Partnership Limited. From a humble beginning with just over $100,000 in assets, the partnership enjoyed tremendous returns under his leadership, racking up a gain of +1,156% during the first decade alone.

Warren Buffett proved to have a magical touch when it came to allocating Berkshire’s capital. The company’s investment portfolio (and shares) zoomed higher through the years – trouncing the major averages. By the early 1980s, Berkshire stock had climbed to $750 and Buffett himself was already a household name. But he was just getting started.

Despite losing nearly one-fourth of its value in the great Bear Market crash of 1987, Berkshire rebounded quickly and soared to approximately $7,500 per share by early 1990. 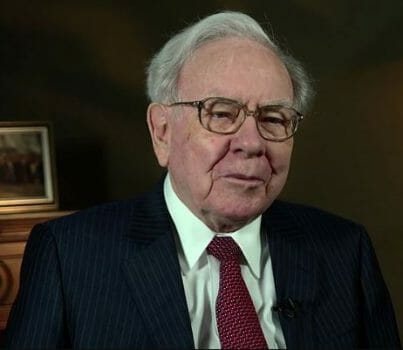 Toward the end of the decade, Berkshire shareholders watched from the sidelines as newborn tech companies with questionable business models raced higher and higher. Never one to invest in a complicated business he couldn’t understand (and sticking to his philosophy of being fearful when others are greedy), Buffett avoided the tech sector entirely.

Berkshire began to lag the broader markets, causing some people to mistakenly claim that its aging chief had lost his touch. But all of that talk was silenced when the bubble finally popped and the dot-com crash ruined many investors.

It was a few years later (2006) when I accepted my first editorial post at StreetAuthority. One of my earliest articles sang the praises of Buffett and his steadfast approach to value investing. At the time, Berkshire Hathaway A-shares were trading at $91,750 – making the personal net worth of its chairman around $44 billion.

Needless to say, it has been wise to follow Buffett’s lead. Those who put up a mere $1,000 back in 1965 would be sitting on a cool $18 million today. That almost inconceivable track record has cemented Warren Buffett’s reputation as the most legendary investor of all time.

In his own words…

Because he has consistently displayed an uncanny ability to turn almost anything he touches into gold, Buffett’s moves are closely scrutinized and often copied. And so are his words…

“Look at market fluctuations as your friend rather than your enemy; profit from folly rather than participate in it.”

“If you don’t feel comfortable owning something for 10 years, then don’t own it for 10 minutes.”

“The future is never clear, and you pay a very high price in the stock market for a cheery consensus. Uncertainty is the friend of the buyer of long-term values.”

“The speed at which a business success is recognized is not that important as long as the company’s intrinsic value is increasing at a satisfactory rate. In fact, delayed recognition may give us the chance to buy more of a good thing at a bargain price.”

“I call investing the greatest business in the world because you never have to swing. You stand at the plate; the pitcher throws you General Motors at 47! U.S. Steel at 39! And nobody calls a strike on you. You wait for the pitch you like; then when the fielders are asleep, you step up and hit it.”