Can Seasonal Analysis Offer A Significant Edge To Traders?

Believe it or not, some traders base trading decisions solely on the calendar. They do this by employing what’s known as “seasonal analysis”.

Seasonal analysis involves identifying the time periods when a market or asset is most likely to rise or fall. Then, you place trades based on that calendar tendency. 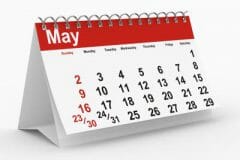 A well-known example of seasonal analysis in the stock markets is to “sell in May and go away”. Tests have demonstrated that stocks tend to underperform in the six months beginning with May. Investors would typically get better returns by buying at the end of October and selling at the start of May instead of holding the entire year.

Seasonal analysis probably originated in the grain markets, where the calendar dictates the planting and harvest seasons. With corn, for example, farmers will plant the crop in the spring and bring it to market in the fall. The increased supply at harvest time would be bearish for prices. Traders could take advantage of this by shorting corn and other grains as the harvest season approached.

In stocks, there are also trends driven by the calendar. For example, millions of Americans make their retirement plan contributions at the end of the month. And stocks have shown a tendency to rise in the first week of each month as a result.

Another seasonal trade in the stock market is known as the “January Effect”. Many investors harvest losses in December for tax purposes. This especially noticeable with small-cap stocks. As a result, these stocks tend to underperform the market in December. On the flip side, investors tend to repurchase these stocks in January. And small caps generally outperform large caps in the first month of the year as a result.

The January Effect has been observed in the stock market since the 1920s. It’s been widely studied by the academic community. Their conclusion is that it works and offers a statistically significant advantage to traders.

How Traders Can Use Seasonality

Traders can use seasonal analysis as a stand-alone trading strategy. They could, for example, buy an aggressive equity ETF at the close on the last trading day each month and sell it on the close five days later. This would be a way to take advantage of the beginning-of-the-month bullish pattern seen in stock prices. Futures traders could consider shorting a corn futures contract in the third quarter of every year, a strategy that would deliver winning trades about 65% of the time.

But in our opinion, seasonal analysis is best used as one of the factors in an overall trading strategy.

For example, traders may choose to make long-only trades in a seasonally strong period, like the six months from November through April. Then, you could take short positions only in the other six months of the year when there is seasonal weakness.

Seasonal signals could also be taken only when confirmed by a trend-following indicator like a moving average or an oscillator such as the relative strength index (RSI). To do this, seasonal buys would only be taken if the price was above a moving average or if the RSI was at an oversold level.

Seasonal patterns have been shown to work well in the stock market, as well as in futures markets. They are considered to be anomalies to the Efficient Market Hypothesis, which means that seasonal trades pass academic tests for statistical significance and are likely to continue working well in the future.

Traders can use seasonal analysis to develop specific trading strategies and enhance their trading performance.

In fact, it’s the secret sauce that gives master trader Jim Fink uses to gain a powerful edge and improves his odds of banking a winner.

Because seasonality provides such an edge, he developed a proprietary software tool covering thousands of stocks, showing exactly how they move over various time periods. It’s so powerful tool that he uses it whenever he makes a trade.

Of course, you won’t personally need to use any such software. Because whenever you get a trade from Jim, all of that work is already done. All you have to do is reap the benefits. Go here to learn more about Jim’s system now.