A Unique Way To Invest In Farmland

About a year ago, I wrote about the merits of investing in what I called “the most enduring assets of all-time.”

The asset? Farmland, of course.

As I pointed out back then, we have 50% less global arable farmland on a per-capita basis than we did 50 years ago.

There used to be six million farms in the United States. And one-quarter of the population worked the land. Today, there are only about 30,000 major farms left. But as those numbers have dwindled, the vital role they play has only increased.

Of course, farmland doesn’t trade on the New York Stock Exchange. But the NCREIF Farmland Index has produced positive returns in each of the prior 16 years. And it accomplished that with about half the volatility of equities. And when stocks tumbled 37% in the 2008 crash, for example, farmland gained 15.8%.

Now, if you remember my piece back then, then you know that institutional investors (pension funds in particular) have been buying up farmland for years. But you also know that there’s a way for individual investors to participate.

Gladstone Land (Nasdaq: LAND) is a real estate investment trust (REIT) created several years ago as a holding vehicle for farmland property. The company has been on a buying spree ever since, focusing on farms in places where climates are temperate and conducive to growing a variety of fruits and vegetables.

In my original write-up, I spent the bulk of the piece talking about the virtues of investing in farmland itself. I only provided a few details about LAND specifically. But as we begin a new year, I thought it would be a good idea to check in on this unique investment and also tell you a little more about it…

As a reminder, Gladstone doesn’t do any actual planting or harvesting. Instead, experienced farmer tenants lease these properties from Gladstone. Occupancy rates are 100%, mostly under triple-net leases (where the tenant pays insurance, property tax, and maintenance).

Some of these are “participating” agreements. This means the landlord (Gladstone) receives a fixed percentage of the farm’s gross revenue. So in addition to base rent, it also shares in the farm’s success whenever harvests are bountiful and crop prices are strong.

Gladstone doesn’t target corn, wheat, soybeans, and other grains. Those crops are less profitable and more dependent on government subsidies. They are also susceptible to volatile global commodities trading and are squarely in the middle of the tariff trade war with China.

Instead, the company buys farms that grow higher value produce such as lettuce, strawberries, and avocados. As a secondary focus, it invests in permanent crops like apples and oranges, pistachios, walnuts, blueberries, cherries, and grapes. You only need to plant these trees, bushes, and vines every 20 years, not every season. And they are highly productive once they reach maturity.

Gladstone’s farms have lower storage costs since fruits and vegetables are consumed quickly and not exported overseas. They are also less vulnerable to drought (most are irrigated with well water). Most importantly, they produce the highest revenue per acre for farmers — and thus generate the highest rents for owners. 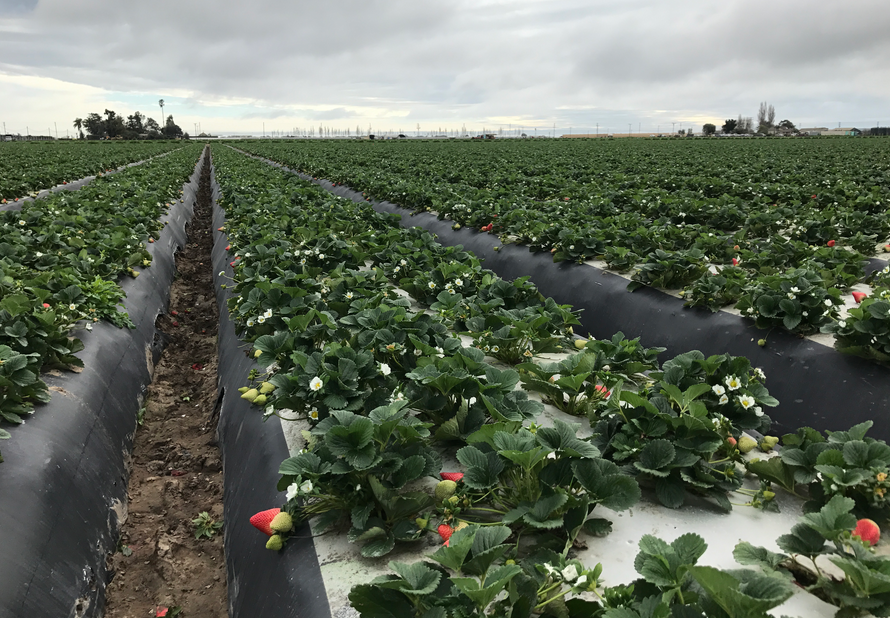 Gladstone enters 2020 with 113 farms spanning 88,000 acres. (For perspective, it started 2019 with 85 farms covering 73,000 acres.) The company clearly went on a shopping binge, buying pistachio farms, olive orchards, and even vineyards in Napa Valley, California. And this year, it has picked up right where it left off.

The first purchase of 2020 came on January 16. Gladstone announced plans to buy over 1,000 irrigated acres of Colorado farmland for $7.5 million. This land will grow potatoes, corn, and beets.

With an Enterprise Value of $760 million, Gladstone trades at a discount to the independently appraised value of its farmland ($884 million).

As an asset class, farmland has enjoyed solid capital appreciation over the years. But this stock is first and foremost an income producer, with rental income from all these tenant farmers powering a rising stream of dividends. The latest increase in the monthly distribution bumps the annual payout to $0.54 per share. This puts the yield at about 4%.

If you followed my lead and bought shares of the REIT back when I first wrote about it, then you’re up about 18% (and earning a yield of about 4%). But even though LAND is close to a 52-week high of $14, it remains a “Buy” for investors today.

Why should you care? Because this company is sitting on a potential $10 billion windfall — and you can get in before the crowd catches on.

To learn all the details, check out this special report.