Here’s What It Takes To Make Consistent High Returns

I wish I could say it was the easiest 80%-plus gain I’d ever made in the stock market… but it wasn’t. It never is.

Most amateur stock investors come to the market thinking that they’ll strike it rich overnight. They’ll scoop up 10,000 shares of some penny-stock that’s unquestionably going to become the next Amazon (Nasdaq: AMZN) or Microsoft (Nasdaq: MSFT) and make them wealthy beyond their wildest imagination.

99.9% of the time that doesn’t happen. What does happen is they usually lose all their money. They resort to indexed funds or target-date retirement funds.

Not because it’s not possible to make great money in the stock market, but because most aren’t willing to roll up their sleeves and do the work.

My 80%-plus gain came from a combination of hours spent reading through financial statements, SEC filings, listening to conference calls, and of course a little bit of luck. Most of all it came from a tiny detail buried in the company’s “Other” segment.

A footnote if you will…

Big Gains Are Found In The Footnotes

It was 2014, and I had just put the finishing touches on a special report where recommended a large pharmaceutical company called Hospira. The company produced a number of the drugs that were found on the FDA’s official “Drug Shortages” list. This is a list of medically necessary products with the greatest impact on public health.

Buying a company that produced many of the drugs on this list seemed like a good idea. After all, the demand was there, and this company was the supply. Turned out that I wasn’t the only one that realized Hospira was a wonderful business.

Less than six months after recommending Hospira, the drug giant Pfizer (NYSE: PFE) stepped in and purchased the company for about $17 billion. We made a quick 58% gain on the trade.

But one of the drugs that were a small part of Hospira’s portfolio caught my attention. It was a drug called Naloxone. 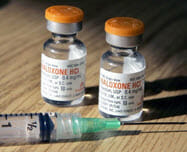 Naloxone is an “antagonist” that reverses the effects of an opioid overdose. At this time, the opioid epidemic was barely making headlines. But it was quickly becoming a disturbing trend that cities and states were trying to combat.

I dug a little deeper to find who were the major players in the naloxone space. After all, it made up a small part of Hospira’s operations. I was interested in a more direct play…

That’s when I came across a small company called Amphastar Pharmaceuticals (Nasdaq: AMPH), which was one of the few companies that had a focus on naloxone. More specifically, it had an easily injectable naloxone that it could get into the hands of first responders to help save the life of someone overdosing from opioid abuse.

I couldn’t believe it. Most investors were completely overlooking Amphastar’s business. This company should have easily fetched more than what it was trading for at the time. After all, putting two and two together — seeing a spike in opioid overdoses and the one drug that reverses the effects — meant that this drug was going to be in great demand. And this company produced it.

I read through press releases, SEC filings, spent hours and hours listening to conference calls, and any investor presentations that the company released to see if I was missing something.

But as they say, the devil’s in the details…

You see, at the time it wasn’t obvious that Amphastar was a producer of naloxone. In fact, the company had naloxone grouped in with its “Other Marketed Products” segment. If you looked through the firm’s 2014 10-K you will find that “naloxone” appears less than five times.

If you look at the firm’s 2018 10-K, you’ll find that naloxone now got its own segment line and appears nearly 30 times throughout the filing.

Most investors missed the opportunity with Amphastar. That’s because they didn’t roll up their sleeves and do the work. I did.

I bought shares of Amphastar in August 2014 for less than $10 a share. Less than a year later, I parted ways with them for around $18 a share. 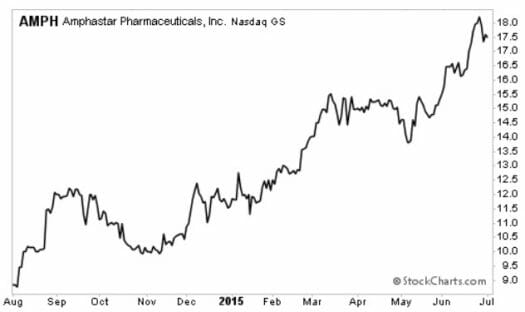 Why This Matters To You…

Secrets that could lead to a sizable windfall.

Spotting these before others catch on doesn’t happen every day. But when you do find that one anomaly that other investors have missed, you’ll want to pounce on it (assuming you’ve already done your due diligence).

I realize not everyone has the time (or patience) to comb through filings like I do. That’s okay, because it’s my job. And similar to Amphastar, I’ve just spotted another little detail, missed by most, that could bring a windfall of revenue for this little-known company.

It’s not in the drug space, but it’s capitalizing on another massive trend: global internet access…