Warning: Don’t Let The Recovery Pass You By…

I’ve been talking with many investors lately, one of which is my old pal Gary. Like most people, he’s concerned with market volatility. But more than that, he’s worried that his plans for a summer vacation with the grandkids might have to be put on hold.

And no, it’s not because of Covid-19. Gary owns a beach house in Florida that is still missing parts of its roof.

He’s been waiting on construction ever since Hurricane Michael barreled into the Florida panhandle in October 2018. The rare category 5 storm was one of the most powerful on record, flattening everything in its path with fierce wind speeds of up to 160 miles per hour – maybe higher. We can’t be sure because wind sensors at nearby Tyndall Air Force Base were destroyed. 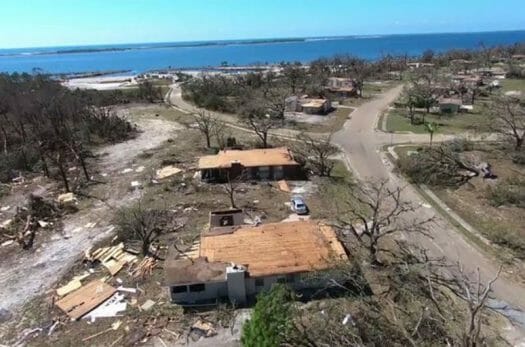 Hurricane Michael eventually pulled northward, but not before leaving a pile of rubble (and $7 billion in property insurance claims) in its wake. The storm made landfall near Panama City, damaging or destroying 60,000 homes in the area. One of those belonged to Gary. Two years later, he’s still on the waiting list for repairs.

That should give you an idea of the demand for construction work. Plumbers, electricians, and carpenters have had all the projects they can handle. It probably wasn’t the catalyst they wanted. Still, the storm has been an undeniable boon for these groups.

Just look at the past few months… The Covid-19 pandemic brought the global economy to a screeching halt and turned the markets upside down.

Yet, for a select few, business has never been better.

Case in point, look at Teladoc (Nasdaq: TDOC). Even when there’s not a viral outbreak, nobody exactly relishes the idea of sitting in a doctor’s office waiting room surrounded by sick patients. Virtual consultations with your physician via phone or computer are not only safer and more convenient – they can also save you money.

Social distancing requirements have encouraged many to try out telemedicine for the first time. Teladoc is making the most of it, hosting 20,000 virtual doctor visits per week – double the level from earlier in the year.

Or how about Netflix (Nasdaq: NFLX)? With few outdoor leisure and entertainment options, TV binge-watching has become the national pastime for millions of Americans. Netflix is being swarmed with customers, adding nearly 16 million new paid subscribers to its growing membership ranks last quarter.

These kinds of businesses aren’t just surviving in this harsh environment – but thriving. Some occupy the entertainment sphere. Others facilitate shopping or help remote workers stay in touch. Regardless of their niche, they are riding the tailwinds of a national stay-at-home economy.

The only problem is that everyone has taken notice, bidding the stocks up to record highs. 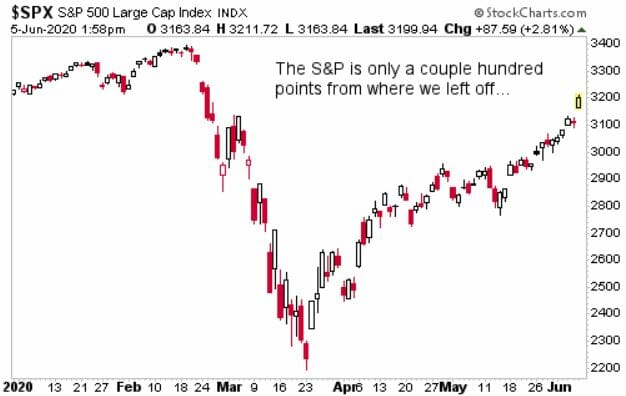 While the major averages have begun to recover, at least 5,000 U.S.-listed stocks remain 50% or more below their recent highs. Entire industries are still in shutdown mode.

That will change soon enough. That’s why I want to encourage you to think long and hard about your own situation.

Can you afford to sit out this rally? Do you think there will be a pullback? What if there isn’t one?

I think now is the time for action. There are still plenty of opportunities out there. And I’m counting on one strategy to help me juice my gains…

One of my preferred methods for turning singles and doubles into home runs is buying call options. I’m not going to spend much time on basic terminology, but I want to show you a real-life example from my colleague, Amber Hestla, who heads up our Profit Amplifier service. She is our resident options expert.

A few years ago, Amber spotted a compelling opportunity with CVS. The technical charts and operating fundamentals were both saying the same thing: the stock was headed up.

Amber sent out an email alert to readers advising them to buy a call option with a $75 strike price and a premium of $7. At the time, the shares were trading at $80. So, for the trade to break even, shares of CVS needed to reach $82 ($75 + $7 premium). Any gain after that would be profit.

As you can see from the chart, CVS hit that level shortly after… and kept on going. The stock gained a little more than 7% over the next two weeks. But look at what happened to the options contract…

That’s the secret power of options — one I hope you’ll consider using in the weeks and months to come.

To help you along, Amber has released a brand-new presentation detailing how her unique background has enabled her to deliver winning options trades in any market environment. I can’t think of anyone else I’d rather have in my corner when it comes to options, so go here now if you want to learn more.