Could Buffett’s Next Target Be In The Grocery Business?

It didn’t quite fit the mold. Many casual market observers were shocked. Even a few of the company’s legions of longtime fans were a bit puzzled.

You would expect an insurance company. Or a bank. Or a consumer products maker. Buffett has a penchant for these groups. They’re all vital cogs in the Berkshire Hathaway machine. But when a recent 13F regulatory filing showed that Berkshire had accumulated 19 million shares of Kroger (NYSE: KR), it raised a few eyebrows.

For the record, that’s a $500 million position. And since then, he’s bought even more… with a position that now stands at nearly 22 million shares worth about $800 million. Sure, there are much larger positions in the Berkshire Hathaway portfolio. But it’s still a sizeable stake even by Berkshire standards.

On the surface, the cutthroat and highly competitive grocery business doesn’t exactly jive with Buffett’s preference for industries with favorable economics. Even a strong and well-managed player like Kroger pockets a razor-thin net profit margin around 1%, meaning 99 cents of every dollar of sales are eaten up by costs of goods sold and overhead expenses. 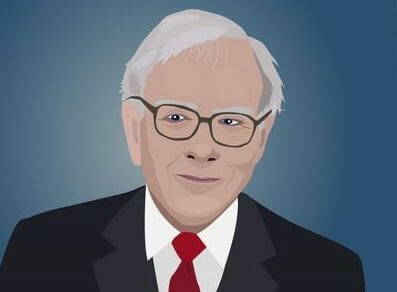 Smart investors know comparing earnings to revenue isn’t really the best way to measure profitability. If you look at profits in relation to shareholder’s equity (one of Buffett’s favorite yardsticks), Kroger clocks in at close to 20%. So for every dollar at their disposal, management is efficiently generating $0.20 in annual net income.

Kroger is the nation’s largest pure-play grocery chain. That size and scale lead to durable cost advantages. The company can negotiate better terms with food vendors, while spreading fixed expenses over a wider base and greater sales volume. For example, Morningstar reports that Kroger hauls in $160 in sales for every dollar spent on advertising, versus $130 for rival Albertsons.

The company has also developed its own in-house, private label brands. And it has cultivated a massive base (60+ million households) of loyalty card members, not to mention reams of digital shopping data that is carefully mined to send out targeted promotions. All of these factors convey a structural competitive advantage – an absolute must for a Berkshire Hathaway candidate.

Kroger took in $680 in sales per square foot last year, even before the stores were ravaged by hungry shoppers during the Covid-19 pandemic. That figure should rise sharply in 2020. The company also has a stout, investment-grade balance sheet. And with hefty free cash flow (FCF) generation, dividends have been growing at a double-digit pace over the past 14 years.

Including stock buybacks, stockholders were showered with $951 million in cash last year.

Buffett May Be Gearing Up For More…

When you look beneath the surface, Kroger has many of the hallmarks of a classic Berkshire Hathaway holding. And it’s actually not the firm’s first foray into this space. It bought 24 million shares of warehouse club Costco (Nasdaq: COST) back in 2000 and has held on ever since.

That begs the question, will he buy another grocery stock? After all, Buffett (and his top lieutenants) often hold multiple stocks in the same industry.

Berkshire Hathaway has $146 billion in idle cash. And Buffett is always looking for opportune times and places to deploy it. There is a strong possibility that the Oracle of Omaha has another grocer within its crosshairs.

But here’s the thing…

I believe Buffett’s next venture in the grocery business will come through a “hidden market”… It’s made investors billions of dollars over the years — but only for those who are “in the know”.

CEOs across America are about to put close to $4 trillion to work in this market over the next few months. And I’m going to use my Rainmaker Profits System to make a killing when it happens…

The first airing of my briefing just wrapped up… but there’s still time to catch the rebroadcast if you missed it.

You can go here to view it before it’s too late.