What Inflation And “Zombies” Have To Do With You…

The Fed’s policy statement was interesting. Basically, the Fed decided inflation is too low and developed a plan to increase it. While watching Chairman Powell’s speech, I thought a lot about what he means by inflation being too low.

Parents I know would disagree with his assessment. Somehow, the things kids need and want somehow seem to cost more every year. This might not show up in the Fed’s data, but it’s my experience in the real world. And that’s confirmed in discussions with others.

The idea that inflation is too low conflicts with the real-world experience of many of us. That means I am personally unlikely to benefit from the Fed’s new policy. But that’s okay to the Fed because they aren’t really trying to help me with this policy.

The Fed seems to be trying to fix the problem that economic growth is slow. There are many reasons for slow growth, but one is that companies took on a lot of debt and they must now devote some of their cash flow to servicing that debt. Money spent on debt service cannot be spent on new factories, and that limits economic growth.

This policy change should make it easier for large companies to pay down their debts, and that should help reduce unemployment. The Fed could be trying to help “zombie” firms survive.

The Bank for International Settlements is the central bank for the world’s central banks. BIS estimates that across 14 advanced economies, the number of zombies increased from around 2% in the late 1980s to about 16%. In the United States, almost 20% of publicly listed companies are zombies. 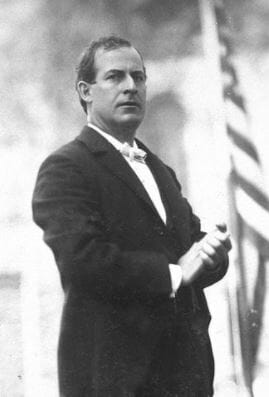 Higher inflation would increase revenue for these companies. It would also allow them to pay their debt down using dollars that are worth less than they were when they borrowed the money. That’s important, as zombies account for at least 2.2 million jobs.

That was also an election year. Back then, one of the biggest issues was monetary policy. Republicans supported the gold standard and price stability. Democrats supported a bimetal standard that would increase the money supply by adding silver coins to the money supply.

Bimetallism would increase inflation, and that was the point. It would have helped farmers who were heavily indebted and had little cash to live on after paying the bank.

At the 1896 Democratic National Convention, former Nebraska congressman William Jennings Bryan came out strongly in favor of inflation, noting that the gold standard hurt his constituents with the famous words, “You shall not press down upon the brow of labor this crown of thorns. You shall not crucify mankind upon a cross of gold.”

Today, inflation might hurt the people it would have helped in 1896. However, the Fed’s policy is a long-term factor in the stock market.

In the short run, it’s likely that we will see a pullback after last week’s gains. The S&P 500 ended the week with a gain of 3.2%. History tells us to expect below-average gains for the next two weeks.

The bottom line is that there is a high probability of a short-term pullback. In the long run, the Fed has scrambled the picture, and I will be watching closely to see how traders react to this development.

P.S. My colleague Jim Fink has developed a proprietary options trading system that generates reliable income, regardless of economic cycles or market ups and downs.

Whenever you use it, Jim’s strategy generates immediate income. Every single Thursday. Week after week. Month after month. Year after year. It’s like getting an extra paycheck. The gain is so reliable, you can schedule it on your calendar. Jim made himself a wealthy man with his system, and now he wants to share his secrets with our readers. Click here to learn about Jim’s next trade.