We talk a lot in my premium newsletter about yields. After all, it’s called High-Yield Investing for a reason – it comes with the territory.

Most of the time, I’m referring to nominal yields when we have these discussions. But you could argue that real yields are more important.

What’s the difference? The latter accounts for inflation.

I’ve spent a considerable amount of time talking about the prospect of inflation in recent weeks. So I’ll spare you most of the details of what’s going on. (For that, you can read this.)

But suffice it to say that the early signs are there. I’m not saying we’ll necessarily see runaway inflation – just that investors would be wise to keep it in mind with each decision they make.

And that’s where real yields come into play. Think about it this way…

How Inflation Can Eat Away Your Yields

If you earn a nominal rate of 5% and the price of goods and services climbs by 2%, then your purchasing power has really only increased by a net of 3%. And if you earn 5% while inflation eats up 5%, then you really haven’t gained anything at all.

Worse still… Say your portfolio earns 2% and inflation rises 4%. In that scenario, you are actually moving backward and can afford less stuff than when you started.

Unfortunately, this isn’t hypothetical. A 10-Year Treasury Bond is currently paying 1.65% (a big improvement actually). Meanwhile, the Consumer Price Index is running quite a bit hotter. This benchmark (which tracks the cost of everything from clothes to car insurance to airfare) has risen by 4.2% over the past 12 months.

Incidentally, that’s the sharpest CPI spike since 2008 when the U.S. was emerging from the financial crash and the cheap-money era began. It’s also double the Fed’s stated comfort zone level of 2%. Even if you strip out volatile food and energy, April’s CPI reading still showed the biggest monthly uptick since 1982.

Steps You Can Take Right Now

Whether it’s today, tomorrow, or six months from now, inflation is coming and the Fed will have no choice but to tighten. In the meantime, we’ve already seen sustained devaluation in the dollar relative to other currencies. And the rising cost of peanut butter and dishwashers will only further weaken your spending power.

So what can you do to fight back?

An acquaintance of mine had the foresight back in 2007 to “invest” $1,000 in Forever Stamps, purchasing 2,439 at a fixed price of $0.41 each. It really wasn’t that different from speculating in commodities by using futures contracts. She didn’t do too bad. 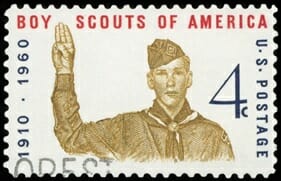 With stamp prices appreciating to $0.55, the value of those 2,439 tiny individual contracts has now risen to $1,341. That’s an increase of 34.1%. You could have done the same with other durable assets, like lumber (assuming you had the storage space).

Of course, there are more practical solutions.

For starters, I recommend keeping at least a small portion of your assets denominated in something other than greenbacks (precious metals, for example). Hard assets like land, timber, real estate, and commodities can also be reliable inflation hedges.

Treasury Inflation-Protected Securities (TIPS) are an obvious choice. While the coupon rate attached to these securities is fixed, the principal is not – it’s indexed to the CPI and appreciates in lockstep with inflation. As the principal increases, naturally so do your semi-annual interest payments. And they are backed by the full faith and credit of Uncle Sam.

At maturity, you receive either the original face value of the instrument or the inflation-adjusted principal, whichever is greater. As an added bonus, income and gains are exempt from state income taxes.

Not surprisingly, the Vanguard Short-Term Inflation-Protected Securities Fund (Nasdaq: VTIP) has recently marched to a 52-week high. About 5% of my 401(K) resides in this asset class. But I believe there are better options.

Dividend Raisers Are A Great Way To Beat Inflation

If inflation is most corrosive to fixed income assets, then you’ll want to look at securities whose payout streams aren’t set in stone. Companies like Procter & Gamble (NYSE: PG) and Coca-Cola (NYSE: KO) have the pricing power to pass rising costs along to their customers – keeping dividends moving forward.

Back in 2008, a standard grocery basket filled with 20 household staples including milk, eggs, bacon, butter, and tomatoes would have cost $54. Today, the same items would ring up at around $76. That’s an increase of 40%.

Yet, while branding and pricing power are important, I’m more interested in finding rare businesses built to not only withstand higher interest rates but benefit from them.

My latest recommendation over at High-Yield Investing is a textbook example – not that it needs any help. Its distributions have already climbed 65% since 2016. But when inflation takes hold, that’s when this business will really shine.

Of course, only time will tell if the troubling numbers we’re seeing end up forcing the Fed’s hand. I’ll be keeping tabs on the situation, and I plan to let my readers know about any new developments – including more ideas on how investors can get the income they need.

In the meantime, go here to check out my latest report and learn how to access to my entire portfolio.