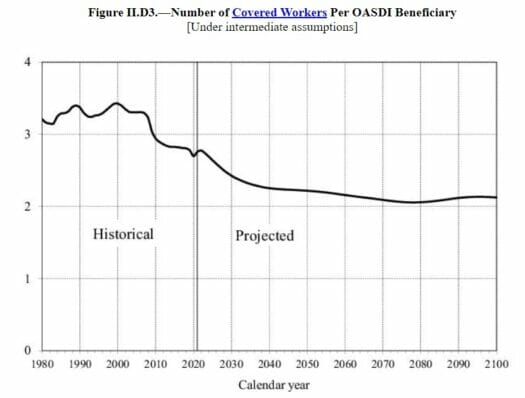 Of course, the government can use creative accounting to help plug some of the gaps. But the interest earned on the $2.8 trillion cash surplus built prior to 2010 is no longer sufficient to cover the shortfall and the trust fund will have to start selling off assets to maintain benefits.

According to experts, the Social Security trust fund will be exhausted (i.e. no bond assets left to sell) by 2034. At that point, there will only be enough ongoing tax collections to pay out 77% of promised benefits. The government will have no choice but to hike payroll taxes or slash benefit payments by 23% across the board. 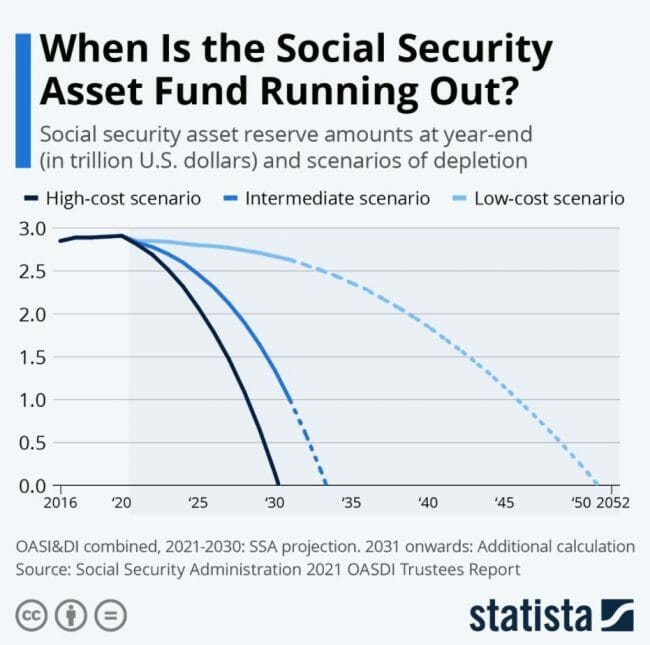 Retirees are already howling mad because payments (which are adjusted for inflation) don’t always get a cost-of-living increase every year. But there is a huge difference between a 0% increase and a 23% decrease. Next year, however, retirees could bet a raise by as much as 9%, thanks to record-high inflation. The COLA increases are usually announced in October.

You’ll find five stocks with market-crushing yields… All of them have proven track records… In fact, they’re some of the strongest, most reliable, and generous income payers in the history of the market… Each one has delivered outstanding long-term returns, and I have little doubt they’ll continue to do so for years to come. Go here to check them out now.