Warning: Don’t Get Burned By This Tax Regulation When You’re Trading

Last year we saw a new wave of retail investors open brokerage accounts and begin their trading and investing careers.

More than 10 million new brokerage accounts were opened last year — a record. It’s estimated that about 27% of those were opened on the popular trading app Robinhood. As we rolled into 2021, this platform was used to fuel much of the trading fury in “meme stocks” such as GameStop (NYSE: GME) and AMC Entertainment Holdings (NYSE: AMC).

As you’re probably aware, many of these new traders ended up speculating, with some dabbling in risky options bets on a near-daily basis. And over at my Top Stock Advisor premium service, we took advantage of the flood of new traders and bought shares of the options marketplace Cboe Global Markets (NYSE: CBOE). We’re up a handy 50% in just 10 months on that investment, nearly double the S&P 500. 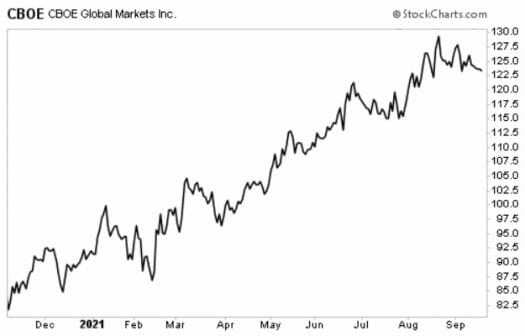 While I’m happy with our performance on this one and will continue to hold it, that’s not why I bring all of this up today. You see, while it’s been fascinating and entertaining to watch all these new traders upset Wall Street and some hedge funds (see Melvin Capital), for some young traders it’ll also provide a mighty lesson in taxes…

As one of the more than 10 million who opened a new brokerage account last year, a trader plopped $30,000 into his new Robinhood account.

Robinhood, controversially, makes it easy for newbies to quickly trade options and on margin. Taking advantage, this new investor quickly scaled his trading, racking up between $200,000 and $2 million in trading volume per day, completing between 10 and 50 trades daily, according to Morningstar, which first reported this story.

How on earth could this happen? Simple: The wash sale rule.

What Is A Wash Sale?

Now, I should note, if you invest the way we do over at Top Stock Advisor, you will likely never run afoul of this. So it’s not a big concern. That’s because we are investing in companies with a longer time horizon as opposed to trading ticker symbols. But if you’re one of the many investors who also keep a separate account for trading opportunities, then you should be aware of the rule…

A wash sale is when you sell a security at a loss, then buy it or a similar security 30 days after you sell it.

To comply with this Internal Revenue Service (IRS) regulation, investors must wait at least 31 days before repurchasing the same investment to avoid a wash sale.

If you’re asking why it even matters, it’s because the wash sale rule means you can’t take a tax deduction on that loss. Perhaps the only perk that comes with an investment on which you lose money is that you can deduct those losses on your taxes to offset other gains.

In other words, the wash sale rule is there to stop people from using wash sales to increase tax benefits.

In this particular case, this trader entered and exited his trades in the same or similar stocks so quickly that any losses he had didn’t count against his profits because he didn’t wait the 30 days.

To make matters worse, short-term gains (investments held under one year) are taxed as ordinary income, which is often higher than the long-term capital gains tax rate, which is 0%, 15%, or 20% depending on your taxable income and filing status.

Like I mentioned earlier, this is one of those things that most people never had to worry about. But as it’s become easier and easier to open a brokerage account and quickly trade in and out of stocks (with zero commissions, too), it would behoove investors and traders to learn about the wash sale rule before they get smacked with a hefty tax bill at the end of the year.

I’ll talk about this topic again in the coming months as we get closer to tax-loss harvesting season — a useful (and legal) year-end tax strategy to offset capital gains with losing investments. But until then, be mindful of quickly jumping in and out of trades.

If you stay focused on long-term growth opportunities, your chances of striking it rich are far better anyway. That’s why I’m so excited about profiting from the new “billionaire space race” that’s underway right now…

The commercialization of space is one of the biggest investment trends we’re likely to ever see in our lifetime… Musk… Bezos… Branson… each one of these billionaires plan to dominate the $2.5 trillion space industry. But according to our research, ONE may have already won the race, thanks to a new technology that’s hovering above the earth as we speak.