Facebook May Change Its Name. And It’s Not About What You Think…

As we enter the final months of 2021 and look ahead toward next year, you may begin to see a subtle shift in our discussions within these pages.

Longtime readers know that we begin to circle the wagons around the end of each year and begin to think about “what’s next”.

The goal of this exercise is simple. Under the leadership of my colleague Jimmy Butts, Chief Strategist of Top Stock Advisor, we spend some time researching, making predictions about what the future will look like – and then find a direct, investable angle.

Then, Jimmy and his team take those findings and compile them into a report, which is made available to our premium readers. The result is a piece of research full of big, bold predictions for the coming year (and years beyond). And it could be the most profitable thing you read all year.

While it’s premature to share those findings with you today, I want to begin devoting a bit of space from time to time to this sort of thinking.

There may be a tie-in to the events of the day, or maybe not.

For example, there’s a piece of news that caught our attention that may have implications for the future — and impact your portfolio — more than you think…

I’m talking about the social media giant Facebook (Nasdaq: FB) and reports indicating that it is looking to rebrand itself. 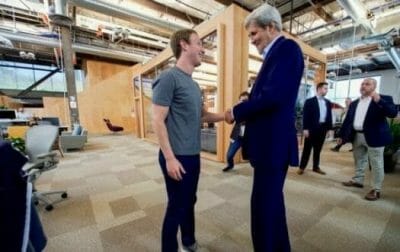 If you’ve ever seen the movie The Social Network, there’s a scene when Sean Parker sits down with Mark Zuckerberg and Eduardo Saverin for a meeting. They tell Parker, already a legend by this time for developing Napster (the music file-sharing service), about their nascent venture.

Parker, played by Justin Timberlake, clearly likes what he’s hearing – and would of course later go on to join them at the company, known at that time as The Facebook. But before he leaves, he has a piece of advice for them.

All these years later, Facebook is reportedly looking to rebrand itself again. And it could happen as soon as next week.

Here’s why this is potentially a big deal…

We all know that Facebook has had a lot of bad press recently. And a lot of mainstream media is tying these reports to Facebook’s desire to disassociate from all that bad press. That may be at least partially true, but the reality is that the company is no stranger to bad headlines. Zuckerberg and Co. have faced this sort of thing practically since their inception.

According to reporting from The Verge, the real motivation is for Facebook to pull a Google-style switch to better reflect its broad suite of platforms and products.

For context, Google parent Alphabet (Nasdaq: GOOGL) did this back in 2015. The company restructured its business and changed its name from “Google” to Alphabet, hoping to reflect the fact that it was more than just a search engine.

Now, Facebook is looking to do the same. Zuckerberg clearly wants his company to be known for more than just social media.

Aside from Facebook, the company also owns Instagram and WhatsApp. But then there’s a host of other pies that the company has its fingers in that barely get talked about. There’s Oculus (known for its virtual reality headsets), web analytics company Onavo, and artificial intelligence company Bloomsbury AI, to name a few.

Welcome To The “Metaverse”

The point is this isn’t just about the bad press… Oh, no. You see, Zuckerberg is reportedly obsessed with the idea of the “metaverse”. In fact, word is that he sees Facebook (or whatever it’s renamed) as a metaverse company in the future.

So what’s the metaverse? Glad you asked…

Once again, The Verge has a really great primer on this concept, which you can find here. For a more simple definition, we can turn to Facebook itself:

“The ‘metaverse’ is a set of virtual spaces where you can create and explore with other people who aren’t in the same physical space as you.”

This goes beyond social media. We’re talking about a fundamental shift in how we interact – how we meet, do business, play games, watch media, you name it. It will require a lot of work, like advances in headset technology, virtual world building, haptics research, to name just a few.

Still with me? I know, this sounds a bit off the wall. Heck, even the company admits that some of this may not be fully realized for many years. But I’m asking you to consider all of the things we have now that simply seemed bizzarro a few years ago.

Much of the tech in Facebook’s suite of products outside of social media play right into this.

Let’s take Oculus VR as just one example. As one of Facebook’s most prominent acquisitions, it’s most known for its virtual reality headsets. Imagine, for example, in the near future, putting on a VR headset and sitting down in a virtual meeting room with your colleagues and discussing your company’s latest initiative. Your spouse, meanwhile, uses this tech to attend a workout class in a virtual gym — and your kid to play games. 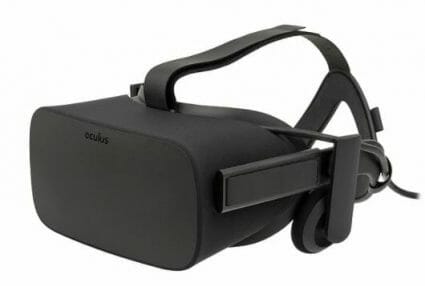 These are just a couple of examples. But there’s much more going on…

In fact, we could fill an entire issue based on this – and that’s just the stuff we know. If just a fraction of what this division is working on pans out, you could be talking about a full-fledged virtual reality technology company.

Now, before I go too deep down the rabbit hole here, I should mention a couple of things.

A lot of this stuff is aspirational at this point. For example, if you ask a person on the street the name of Google’s parent company, you’re going to get a sideways look. A lot of Google’s “blue sky” divisions still have yet to prove fruitful in a meaningful way to the bottom line.

But Alphabet is playing the long game here, and so is Facebook.

Pay close attention when Zuckerberg takes the podium on October 28 at the company’s Connect conference. That’s when he’s expected to announce the restructured company’s new name. And while that will likely get all the headlines, pay even closer attention to what else may be said about the company’s work on virtual reality, the metaverse, and more.

Look, we’ve covered Facebook’s ongoing troubles several times. No doubt, controversy will continue to follow the company regardless of any restructuring or name change. And as my colleague Jimmy Butts and I have explained before, Facebook will likely continue to rake in profits and deliver gains to investors well into the foreseeable future.

If companies like Facebook, Apple, Google, etc. have taught us anything, it’s this… just when you think the growth story is over, there just might be another one around the corner.

You’re going to be hearing more and more about buzzwords like the “metaverse” and “Web 3.0” in the months and years to come. And it’s not just Facebook… other publicly-traded companies are involved in this, too.

We’ll save a discussion on those stocks (and their associated technologies) for another day. But as the kids online say, IYKYN (If You Know, You Know).

The larger point is that it is well worth your time to occasionally take a step back. Look beyond the headlines… beyond what’s happening right now… Set aside a little time to Think Bigger. Hopefully, this has given you some food for thought as we continue to refine our ideas for our highly-anticipated report. Be on the look for it soon.

In the meantime, another “big idea” we plan to talk about more is Elon Musk’s secretive Starlink project…

The billionaire entrepreneur is slowly taking a step back from Tesla – and we think we know why. After extensive beta testing, Starlink is about to go “live” soon – and it could be his latest “game-changer,” just like PayPal, Tesla, and Space X.

And even though Starlink is “off-limits” to regular investors (for now), we’ve uncovered a “backdoor” that gets you in on the ground floor… lightyears ahead of other investors.