One Of The Best Ways To Fight Against Inflation…

Last Tuesday, we learned that consumer prices for March rose by 8.5% year-over-year.

If something doesn’t happen soon, we’re going to have a real problem on our hands. The Federal Reserve is well aware of this, of course, which is why it has begun raising its benchmark interest rate. The only question is whether they will be able to raise rates high enough, quick enough, to avoid runaway inflation (or causing a recession).

In the meantime, investors who are looking for income are left to the ravages of inflation.

But fear not, that doesn’t have to be the case.

What if I told you there was a way to fight against inflation by earning more income from the stocks you already own… without taking on undue risk?

Best of all, you get to enjoy the upside during bull markets while also protecting yourself on the downside – all while getting paid for it.

As it turns out, you can earn more income than you thought possible. All it takes is an open mind and a willingness to learn.

We’ve spent some time covering this strategy in the past. But it’s worth repeating – and introducing you to the man who uses this tactic with great skill to generate thousands of dollars per month for his readers.

The “Win-Win” Of Covered Calls…

Most investors looking for income limit themselves to finding a good stock with a solid dividend. They buy it and wait to get paid. End of story.

There’s nothing necessarily wrong with that, but you could be earning anywhere from three to 20 times more than what a stock yields on paper. And it’s all thanks to one of the simplest options strategies out there: covered calls.

As we’ve mentioned before, covered calls allow you to generate income while protecting you on the downside. You still get to enjoy some upside in the stock, but the only catch is that your gains may be capped.

When you sell a call option, you enter into a contract to sell the underlying shares to the option owner at the specified price (called the “strike price”) if the stock reaches this price. In return, you get a cash payment upfront from the option buyer (known as a “premium”). Depending on how many of these contracts you sell, the payments can easily be anywhere from a few hundred dollars to thousands of dollars.

If the stock stays below the strike price you specify in the option contract (you get to choose the strike price), then the option expires worthless. That’s good because it means you can pocket the income and move on to another trade. Not only that, but the income you earned effectively reduces your cost basis. And this is why it’s regularly used as a hedging tool — it protects your position.

But if the stock does climb higher, then that’s fine. Not only do you keep the income, but you sell your shares at the strike price. The only risk here is that the stock moves well beyond the strike price and you miss out on the additional upside.

As they say, there are no free lunches. But that’s a pretty good tradeoff if you ask me. In fact, it’s about as close as you’re going to get to a “win-win” when it comes to investing… 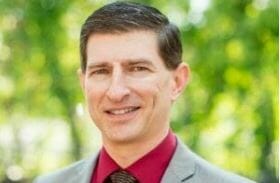 The reason I’m bringing this up today is that my colleague Robert Rapier utilizes this exact strategy over at his premium service, Rapier’s Income Accelerator.

In fact, he has personally used this strategy to build a portfolio that is virtually unblemished, with a winning rate above 90%.

So to demonstrate just how powerful this strategy can be, I want to pass along an example he recently gave to readers…

Let’s consider an example. General Mills (NYSE: GIS) is a $37 billion consumer staples company that owns iconic food brands such as Cheerios, Haagen-Dazs, Betty Crocker, and Pillsbury. The company presently pays a quarterly dividend of $0.51/share, for an annualized yield of 3.3% at the current price of $62.23.

If I look at the option chain for the company, I see an option that expires in six months with a strike price of $67.50 and a most recently traded price of $2.00. Selling that premium gives us a cash payment that is nearly equal the annual dividend in just six months. Annualized, the yield premium is 6.1%, which pushes the total annualized yield on these low-yielding GIS shares to 9.4% (remember that you can sell another covered call in six months).

We will see far more lucrative trades, but I wanted to first illustrate the concept with a stable company like General Mills with a 122-year streak of uninterrupted dividend payments. In this case, we were able to nearly triple the annual dividend of the shares at essentially no risk.

Why do I write “essentially no risk?” While the trade doesn’t involve risk in the traditional sense of buying an option, I need to explain the potential consequences of the trade.

If GIS shares are trading below $67.50 at expiration, then nothing happens. You pocket the premium (in fact, you do this regardless of what happens – your instant cash payment for making the trade) and then once the contract has expired you can sell another covered call.

If GIS shares are trading above $67.50 at expiration, then your shares are going to be called away, or sold automatically. That means – and here is the only real “risk” in this trade – you will sell your shares at $67.50 regardless of the price at expiration. However, since you received $2.00 for the call, you will be better off with this trade until shares have risen above $69.50. So, the risk in this trade is that you won’t get as much for your shares as if you had just held them outright.

Now, keep in mind that Robert shared this example a couple of months ago — and prices have moved since then. GIS is now trading for about $72, so you could sell the $80 calls that expire in October and earn close to the same amount ($1.60) from this example. Either way, this gives you an idea of what’s possible with covered calls.

The point is, if you’re worried about inflation (and who isn’t), then consider fighting back… by earning more income with covered calls. Not only will you still be able to enjoy some upside potential (while lowering your cost basis to boot), but you’ll able to sleep soundly at night knowing that you can simply “rinse and repeat” this strategy again and again…

Don’t be fooled by what you may have heard about options. Sure, a lot of people use options like a casino. But most of those people are buying options, not selling them. So sell them. And as Robert says, don’t gamble at the casino, be the casino.

This is just the beginning of what covered calls can do for you. And once you understand the power of this strategy, you may never go back to the same old “buy & hold” approach to dividends ever again.

So if you want to learn more, then I strongly advise you to check out Robert’s service and get his latest trades delivered to you right away.