Inflation Hits A New High — But The Doctor Has The Solution…

It appears that hopes of inflation “topping out” were misplaced – for now, at least.

On Friday morning, the U.S. Bureau of Labor Statistics (BLS) reported that the Consumer Price Index (CPI) rose by 1.0% in May compared to April. That’s a sharp lift up from the 0.3% increase in April, and it comes as many economists, policymakers, and media pundits were predicting that April would be the high water mark.

Instead, on an annualized basis, the headline inflation rate for May was 8.6%. That’s the highest since December 1981.

Estimates called for a headline number of 8.3%. As the Bespoke Investment Group pointed out, this was the 22nd time in the last 24 months that economists underestimated the headline number.

While high gas prices have a significant impact, the issue runs deeper. Even after stripping out volatile food and energy prices, so-called “core” inflation was higher by 6% year-over-year. And on a monthly basis, the level of increase did not moderate, either (coming in at 0.6%, which was the same as the previous month). 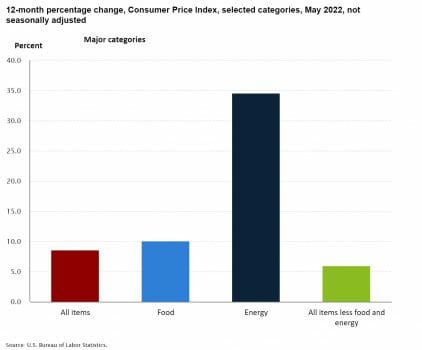 In another piece of disheartening news, the preliminary read for the University of Michigan consumer sentiment index in June hit a record low. Meanwhile, also recently learned that mortgage applications hit a 22-year low.

The Federal Reserve will likely respond to the inflation print with another half-point hike in next week’s meeting. (Could a 0.75% hike be in the cards?) Futures markets are already pricing in the likelihood of a benchmark rate at 3% by the end of the year, up from 0.75% currently.

Add it all up, and this makes the likelihood of a recession incredibly high.

And the market has not responded to any of this in a charitable manner.

All major averages are down sharply. The Dow Jones Industrial Average is down roughly 700 points as I write this. The S&P 500 is down by 2.3%. And the Nasdaq continues to be dragged down by technology names, down about 3%.

With all of this in context, I turned to Dr. Joe Duarte for answers. As you’ll see from our interview, he’s got the perfect solution for investors who want to fight back against inflation and earn more income in the process. My questions are in bold.

First of all, Dr. Duarte, tell our readers a little bit about yourself… 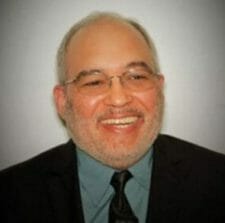 It’s great to be here. I am currently Chief Investment Strategist and Editor of Profit Catalyst Alert and Weekly Money Machine for Investing Daily.

But, I’ve been in the investment business since 1990 in one way or another. I’ve worn many hats as a market analyst, a former Registered Investment Advisor, and a writer.

I’ve been fortunate to have written several books, including the bestselling “Options Trading for Dummies,” now in its 4th edition. My other books include “Market Timing for Dummies” and “Successful Biotech Investing”.

My favorite areas of the market are technology and healthcare, but I like to be flexible and adapt to any market – finding that hidden gem stock or option before the crowd, no matter what the sector.

In my other life, I am still a practicing physician in an active medical practice. And when time allows, I like to play guitar and enjoy multiple cups of espresso.

You’ve made the case that we’re already in a bear market. How should investors respond?

Over the years I’ve learned that being pragmatic and organized when others panic is the best approach. The truth is that bear markets often create an opportunity to buy stocks and ETFs at bargain prices.

I think of investing through a simple phrase: “if this happens, do this.” This approach helps me to game out scenarios as to what I may do if certain things happen.

My favorite thing to do during bear markets is to build a shopping list. And here are the criteria I use:

That final bullet is often ignored by investors. But the truth is that there is nothing that makes a company great beyond its management team. Without good management, even companies with great products often fail to impress.

I mentioned in my intro that we just got a new print on inflation. But with interest rates still low by historical standards, what can investors who need income do to keep up?

You’re right. Inflation is at a 41-year high. And everyday Americans are forced to watch while their hard-earned dollars are eaten away.

It’s not just bad for your wallet… It’s even WORSE on your investments. That’s why I hosted the Inflation-Proof Income Summit in the first place. The technique I discuss in it is, I believe, the #1 way to stay ahead of inflation in 2022.

I always say that if there is a will, there is a way. For example, some people may find it useful to get a side hustle going. For investors, though, there are more alternatives…

One alternative, although not one that often delivers huge returns, is cash. When the Fed raises interest rates you actually get a bit of interest in your bank account and your money market fund. And of course dividend stocks are also traditional income vehicles.

Of course one of my favorites, which is often overlooked, is to use options as an income-generating tool.

What types of returns are possible with this strategy? Can you give us an example?

First, a bit of clarification is in order. Most investors typically associate options with buying options. They think of it as potentially lucrative but often erratic, and not something for delivering income.

On the other hand, selling options, when properly done, can be a very reliable income-producing method.

That’s $357 of income with two simple trades with just one contract sold, which means you can multiply the income if you sell more than one contract.

Of course, selling options can be risky. But not if the trade is managed correctly…

The key to success is understanding that as an option seller you are not necessarily looking for the underlying stock to move very much, up or down. If there is no movement, then the option just withers in price and expires worthless. Even better, you get to keep the money you received for the sale (the premium).

And the less time between your sale and expiration the better off you may be.

For example, those two trades I mentioned were made less than two weeks before the option expired. When you do that time is on your side. That’s because option pricing is highly dependent on the time to expiration.

So, what happens as expiration nears is that the value of the option drops rapidly the closer you get to expiration. And that’s what you want when you sell options – the rapid erosion of time value.

Of course, there is more to it than that, but my point is that if you follow sound analysis and trading principles you can build a reliable income stream by selling options.

Any closing thoughts? How can our readers learn more about this strategy?

The best thing our readers can do is to consider the benefits of selling options as a reliable income-producing strategy; especially during inflationary times.

I’m convinced that anyone can learn how this works, and that’s why I recently hosted the Inflation-Proof Income Summit, where I revealed the secret to consistently earning “cash-on-command” and locking in week after week of instant income opportunities.

We just went “live” with this event a couple of days ago, and our readers won’t want to miss it.