Why The Time Has Come For A New Gold Standard…

Editor’s Note: Whether we’re talking about trade wars, Covid-19, an emerging China, or the war in Ukraine, the importance of natural resources has become clear. They’re necessary to not only securing economic growth, but also national security.

In his latest book, China’s Rise and the New Age of Gold, Dr. Stephen Leeb offers a potential win-win solution for a rising China and the U.S., centered around a new global gold standard. As Dr. Leeb argues, this solution will not only secure peace and mutual prosperity between the U.S., China, and the world in the years to come — but also produce outstanding returns for investors.

We reached out to Dr. Leeb’s team and asked them to summarize his thoughts on this topic. Here’s what he had to say…

The Case For A New Gold Standard 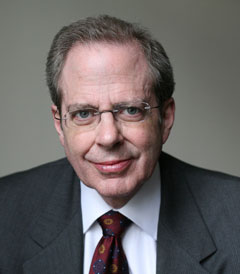 The U.S. experienced its greatest economic times in the half-century after the Civil War and the 30 years after World War II. It’s no coincidence that in these periods, the dollar was anchored to a gold standard, ensuring that economic growth was tied to productivity. Growth was aligned with deriving output from units of human labor and units of natural resources.

Once we left the gold standard, we took natural resources for granted. Other than for brief oil scares in 1973, 1980, and more recently in 2008 and now today, we simply haven’t paid attention.

Each year since 1996, the Department of Interior has published an annual review of important commodities and minerals. In 1996, of the 47 commodities it then followed, there were 23 in which the U.S. supplied over 50% of its needs and 24 for which we imported more than 50%. In other words, we had close to a 50/50 ratio between relative self-sufficiency and relative dependency.

Fast forward to the 2022 report, in which 64 commodities were reviewed. In only 15 of them – less than 25% – were we relatively self-sufficient. Many of the ones for which we depend on other countries are critical to our technologies, perhaps not to the extent that energy is but still enough so that without them, our computers would be slower and much of our sophisticated weaponry would be far less advanced.

Our nonchalance about commodities over the past 50 years reflects the privilege that we’ve had with the dollar as the reserve currency. We’ve been able to deal with any problem simply by throwing money at it. Why worry about a commodity whose name you can’t even pronounce when you just can print the money to buy it? At least, that’s been the case since we left the gold standard in 1971.

But we are starting to pay a price for our indifference to resource scarcity. The Ukraine war and our sanctions, which have backfired on us and even more so on Europe, are revealing the costs to us of so blithely relying on unchecked money creation as the driver of economic growth.

It is past time to pay attention to these many and far-reaching costs, which I briefly summarize below (and detail in my latest book, China’s Rise and the New Age of Gold). It’s important to understand what the costs to us have been, and what we’ve lost, because it explains why the U.S. will actually benefit from a new monetary order linked to gold. It will force us to return to the kind of disciplined long-term thinking that once made us such a great country.

The slowdown in productivity growth was a natural consequence of the rising focus in the U.S. on near-term returns rather than on the longer-term projects that are critical drivers of long-term productivity. In other words, productivity was playing second fiddle to the economy’s major driver, money. The breakdown in the correlation between real wages and productivity was also a consequence of our suddenly having no checks on how much money we could spend.

Essentially the government had the chance to increase its size, and it seized the opportunity. We could dispense with Eisenhower’s warning that every dollar spent on the military was a dollar less for a hungry person. That was true, courtesy of the gold standard, when Eisenhower famously warned about the military-industrial complex. But once off the gold standard, it was easy to create enough money to fund both guns and butter.

It started with the Great Society and the war in Vietnam, which was really the beginning of the end of the gold standard, and continued with the Cold War and the growth in entitlements. And except for a few short years in the 1990s, it has continued through the present. An irony is that while guns and butter may have enabled us to win the Cold War, it has ultimately left us in a much more tenuous position today. As we face off against the world’s less developed countries, we have been weakened as vicious circle after vicious circle has led to a highly indebted and fractured society.

Spending On The Wrong Things

Massive government spending, including on consumer protections, the environment, and regulations, was largely responsible for creating an enormous financial-legal colossus on a par with the military-industrial complex. One result was that money that in the past went to wage earners as a result of increased productivity now went to the layer of society in charge of managing all the newly imposed regulations.

The holy grail of a successful economy became the stock market. It is interesting that for the postwar period through the early 1970s, the country’s richest man was J. Paul Getty, who made his money in resources – in particular, oil. Today the wealth of the country’s richest comes from the value of their stock holdings. And in this extremely elite group, there are no resource titans.

Corporate heads became incentivized to make shareholders as rich as possible. Rather than being motivated to support critical research in areas such as material science, corporations went after the low-hanging fruit of consumer spending. Most of the major winners of modern technology in the U.S. have been companies dedicated to incentivizing consumers to spend either on goods or by exchanging information with one another.

It’s true that massive amounts of money also have been spent on both health care and education. But most of this spending has gone to support enormous bureaucracies, while health and education levels for most Americans declined. Today in terms of life expectancy and educational achievement, the U.S. is ranked near the bottom of the developed world. Although the U.S. spends tremendous amounts of money on research and development, that spending is by corporations looking for immediate paybacks. That stands in contrast to the pre-1970s era, when most R&D was supported by the government, for example, subsidies for Bell Labs, spending that led to virtually all the technology we enjoy today.

The end result is that in today’s society, the elite depend on continued spending by those Americans who have to go ever more in debt to keep that spending up. Our once-great country is becoming one in which growth comes only from ever more money.

I hope I have given you a taste of why it is so essential that we opt for the discipline of a gold standard that with a lot of work and bargaining could bring the world together. This is the way we can beat the greatest challenge mankind has ever faced, that of resource scarcity. If the Ukraine war serves as an eye-opener, a vehicle for getting us back to a path we never should have abandoned, then in the end it may have served some purpose.

Editor’s Note: Dr. Leeb and his team have discovered a little-known Executive Order that has gone unreported in the mainstream media. And thanks to this order, the United States is set to become one of the world’s largest producers of a coveted resource.

Investors have a rare chance to get in on the ground floor, offering a chance to lock in life-changing gains before the crowd catches on.

Stephen Leeb, Ph.D. is the Chief Investment Strategist of The Complete Investor and Real World Investing.

Dr. Leeb’s books have been notable for predicting the secular bull market that started in the 1980s (Getting in on the Ground Floor, Putnam, 1986); the tech stock crash and rise of real assets, including oil and gold (Defying the Market: Profiting in the Turbulent Post-Technology Market Boom, McGraw-Hill, 1999); and the surge in oil prices (The Oil Factor: Protect Yourself and Profit from the Coming Energy Crisis, Warner Books, 2004). His national bestseller, The Coming Economic Collapse: How You Can Thrive When Oil Costs $200 a Barrel (Warner Books, 2006), co-authored with Glen Strathy, outlined the biggest challenges facing the US economy, and accurately predicted the 2008 sub prime mortgage crisis as well as the vicious subsequent economic cycle requiring massive infusions of government stimulus, near zero interest rates and much higher federal debt levels. Game Over: How You Can Prosper in a Shattered Economy (Business Plus, 2009) predicted a permanent peak in global commodity production. Dr. Leeb’s eighth and latest book, Red Alert (Hachette, 2011), outlined China’s growing prosperity and the ways in which its demands on increasingly scarce resources threaten the American way of life.

Among his many speaking engagements, he has been the keynote speaker at both a JPMorgan Chase energy conference and a Royal Bank of Canada commodities conference.

Dr. Leeb received his bachelor’s degree in Economics from the University of Pennsylvania’s Wharton School of Business. He then earned his master’s degree in Mathematics and Ph.D. in Psychology from the University of Illinois in just three years, an academic record that stands to date. He is frequently quoted in the financial media, including Investors Business Daily, USA Today, Business Week, The New York Times, NPR and The Wall Street Journal. In addition, Dr. Leeb is a regular guest on Fox News, Bloomberg, CNN and Neil Cavuto.