Is This Beaten-Down Sector Beginning To Make A Comeback?

It’s followed closely by a plethora of airline and cruise ship stocks. United Airlines (Nasdaq: UAL) is up 31%. Then there’s Carnival (NYSE: CCL), which is off to a 30% start to the year. Rounding out the top four is American Airlines (Nasdaq: AAL), at 28.5%. 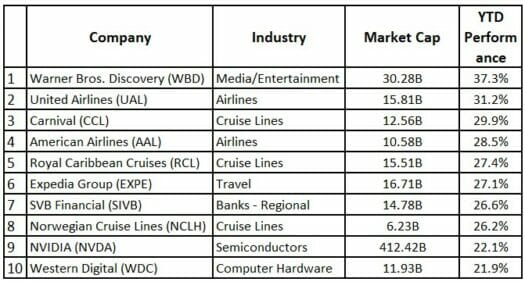 If you’ve been following the markets at all, then you know that 2022 wasn’t kind to tech stocks. It was nearly comical how much many of these stocks fell last year. Although, it probably wasn’t comical for those investors who held onto “hope” and didn’t cut their losses.

But that’s neither here nor there.

The point is that, as I explained to my premium Maximum Profit readers, tech stocks are back…

Okay, I’m probably getting ahead of myself and jumping the gun a bit here. We don’t know for sure yet — but the evidence is mounting. Allow me to explain…

Is This The Beginning Of A Tech Comeback?

First, I want you to take a look at the Ark Innovation ETF (ARKK). If you followed the rise of Cathie Wood during the pandemic, then you know her flagship fund is a collection of the once-hottest tech names in the market. This former poster child — quickly turned whipping boy — for Wall Street is up 18% to start the year as of this writing. That outpaces the S&P 500 and the tech-heavy Nasdaq: 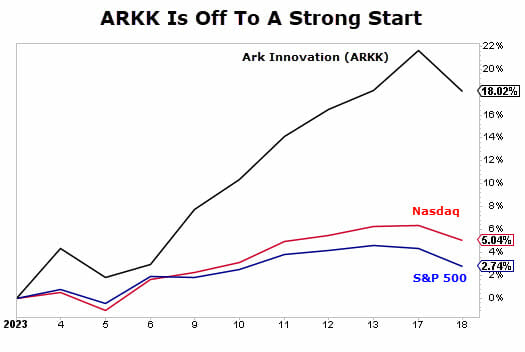 That’s the good news. The bad news is that it’s still down 75% over the last two years… ouch. Of course, this could be the start of a new bull trend. But over at Maximum Profit, we aren’t in the game of making predictions.

But I brought up the technology angle to my readers because, much like I was surprised to see Nvidia sneak into the top 10 in terms of performance, I was shocked when this week my system flagged two technology stocks as “Buys” last week.

I was even more flabbergasted when I realized that nobody told these two technology stocks that they weren’t supposed to be coming off great years. That’s right, while ARKK lost roughly 67% of its value in 2022, Pick No. 1 gained 22%. And Pick No. 2 shot up 35% last year.

I need not remind you that the overall market, as measured by the S&P 500, collapsed 19% last year. But both stocks are looking to build off that momentum — and we are planning to ride that wave higher.

I’m not going to share the names of these picks with you today out of fairness to my premium readers. But just know that we’re starting to see some encouraging signs from the tech sector. It may be too early to know for sure if this is a bona fide comeback, but rest assured, I will be keeping close tabs.

In the meantime, over at my Capital Wealth Letter service, we just released our annual predictions for 2023 (and beyond). And what we uncovered may shock you… 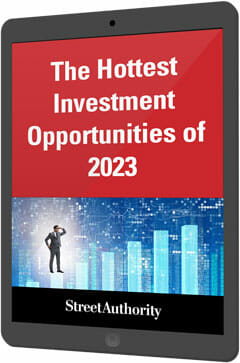 Here is a taste of the predictions you’ll find in this year’s report:

All we have to do is be in early on a couple of ideas before the rest of the crowd to make some truly spectacular returns. To learn more about my latest investment predictions for 2023, go here now.