It’s amazing to think that most investors fight major trends in the markets. Despite countless volumes of academic and professional research extolling the virtues of a long-term investment outlook, most investors still attempt to grow their portfolios by betting on short- and medium-term shifts in the markets.

This is reinforced by the preoccupation of the talking heads on the financial networks. I mean, why would anyone buy or sell a stock based on the quarterly performance of any company? It doesn’t make any sense.

These trends, by default, significantly increase the likelihood of capital gains. That’s why it’s almost axiomatic that investors looking to make big gains in the market must invest for long-term growth. It’s truly a no-brainer.

But it begs the question: How does an investor grow a portfolio when the stock market is as overbought as the markets are in mid-2017? After all, there’s only so much growth available when the S&P 500 Index is trading two-thirds higher than its median ratio of 14.7.

Where The Real Growth Is
The best growth opportunities are outside the United States. And no, I’m not talking about Canada, Australia, or China. Each of those countries sits solidly in bubble territory, with huge debt-to-GDP ratios.

But that doesn’t mean there aren’t some fast-growing markets available to investors that fly well under the radar — countries like Vietnam, Bangladesh, and India.

Now, 5% may not sound like much, but that level outpaces real GDP growth for the rest of the world quite handily (see chart below). 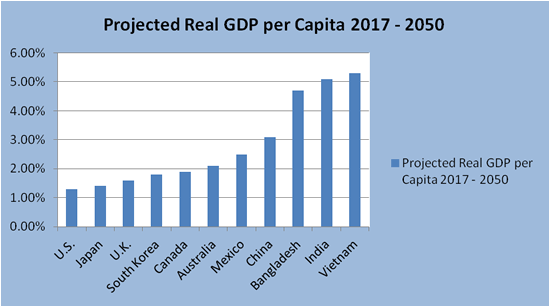 Here’s what the chart above means in real economic terms: India will become the second-largest global economy by 2050 — trailing only China (the United States will fall to third). Vietnam will grow to the 20th largest, while Bangladesh will move to the 23rd largest economy. These significant trends will last for a long time.

How To Invest In This Fast-Growing Trio
For now, investing in any of these countries is best done through exchange-traded funds (ETFs).

This index is a free-float-adjusted, market cap index reflecting the performance of large-, mid-, and small-cap companies in Bangladesh. The fund has returned a respectable 19.04% gain over the past 12-months, although its nearly 37% total return since its inception in 2011 is mediocre at best.

But don’t let that bother you. Now that the developed markets have effectively reached saturation, Bangladesh will catch a strong bid. 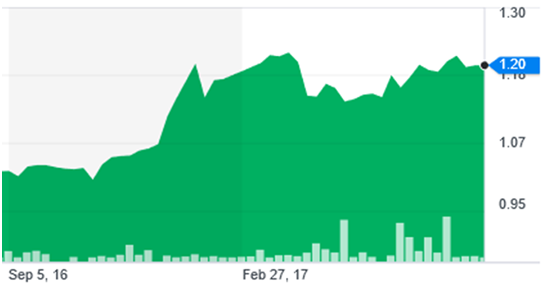 India
For India, I like the iShares MSCI India ETF (NYSE: INDA). This ETF tracks the performance of companies whose market cap represents the top 85% of companies in India. The fund has returned 16.07% over the past year. 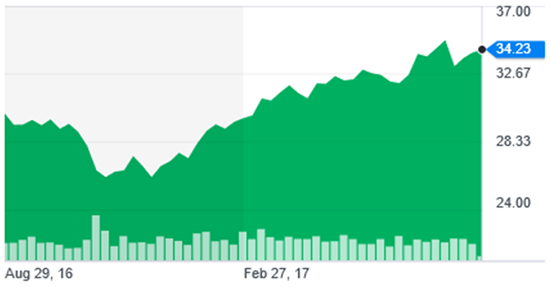 INDA is composed of consumer discretionary stocks, financials, and information technology companies. The fund has a 0.71% expense ratio. For long-term investors, this fund has the greatest potential for huge capital gains.

Vietnam
The most difficult and risky frontier market in which to invest is Vietnam. That’s because the government (through state-owned enterprises) owns a large portion of the shares of many publicly traded companies. This makes shares of those companies extremely illiquid and volatile.

However, this doesn’t mean we can’t invest here.

Invest in Vietnam through the VanEck Vectors Vietnam ETF (NYSE: VNM). This fund is down just over 4% over the past 12 months — although it is up more than 13.5% since hitting a low on December 19, 2016. 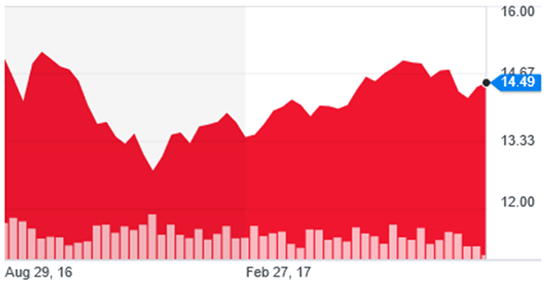 Risks To Consider: Buying securities based on foreign markets and currencies poses significant risk. This is especially true in emerging and frontier market economies. Investments in these areas face the possibility of social, political, and government intervention that could materially change an investment outlook or thesis in very short order. But given the mega-trends underwriting the thesis, the rewards are worth the risk.

Action To Take: Growth in the developed nations is getting harder to accomplish every day. And with the Fed’s stated intention of unwinding its balance sheet while simultaneously raising interest rates doesn’t bode well for growth investors. So a look to the frontiers, while challenging, is necessary.

Dollar-cost average into any of the funds until you have reached a level not to exceed 1% of your portfolio. In addition to the individual investment maximum, an investor should ensure they are NOT investing more than 5% of their total portfolio in emerging or frontier markets. The holding period for each of these funds is greater than 10 years.

Editor’s Note: It’s easier than you think. Using the same four-step system employed by Rockefeller himself, we’ve identified a handful of natural resource stocks that could send your profits soaring in the next few months. Learn more here.