President Trump is touting his new tax reform plan. While the details are not yet finalized, one thing is for certain: American taxpayers will get to keep more of their hard-earned money. And that’s a good thing.

But the real beneficiary of tax reform will be American corporations. You see, one of Donald Trump’s promises is to provide relief for corporations by way of a one-time low-rate tax on trillions of dollars held overseas.

It’s estimated that U.S. corporations hold approximately $2.7 trillion in foreign banks. Currently, they are unwilling to “repatriate” this money because of the U.S. government’s confiscatory tax rate of 35% — the highest in the developed world.

Thus, if Trump is successful, American businesses will repatriate its cash back to America at a significant savings to today’s business-killing tax-rate. What isn’t clear, however, is what the tax rate will be on repatriation.

#-ad_banner-#So we look to history for precedents. This isn’t the first time the government has come to its collective senses and reduced individual and corporate tax rates. Back in 2004, George W. Bush signed the Homeland Investment Act, part of the American Jobs Creation Act.

The act gave a one-time deduction of 85% on taxable income received from overseas operations. Taxes were still due on the remaining 15% of repatriations, but firms continued to receive tax credits for foreign income taxes paid. In effect, U.S. corporations repatriated their earnings at a rate of 5.25%.

Now, the Trump plan is unlikely to be as generous as the Bush plan. Most analysts believe the new rate will tax overseas earnings at 10% — nearly double the Bush rate. But that still means American companies will benefit by bringing some of their money home.

So, Who Stands To Benefit The Most?
Apple (Nasdaq: AAPL) is the clear winner in any tax holiday. 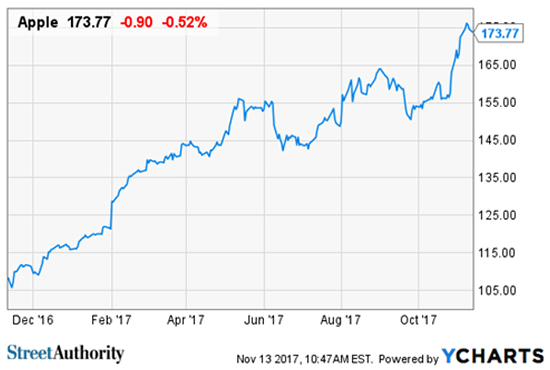 Apple is the country’s largest corporation based on both earnings and market capitalization. Of course, one would expect such an enormous company to be flush with cash. And that’s exactly what we find.

From Apple’s most recent 10-K filing, dated September 30, 2017, Apple is holding $252.3 billion in cash, cash equivalents, and marketable securities through its foreign subsidiaries. Amounts held by foreign subsidiaries are subject to U.S. income taxes on repatriation. But with a current U.S. tax rate of 35%, Apple would be irresponsible to repatriate this money.

Now, by looking at the numbers, we can determine how Apple would benefit if Trump is successful in getting a tax holiday passed. For the following analysis, we’ll assume the one-time tax of 10%.

If Apple were to bring home the entire $252 billion currently held offshore, the tax on this amount would be $25.2 billion — no small sum. However, this would increase the company’s domestic cash reserves by $226.8 billion.

Compared to the normal 35% tax rate, Apple could save itself $63 billion in taxes by taking advantage of the holiday. Of course, that assumes the company would repatriate all of its foreign cash, which isn’t likely. Still, the holiday is an incentive to bring a large chunk of it home.

So what would Apple do with such a windfall? Since the company cash flow is more than enough to fund its ongoing operations, Apple would most likely increase its share buybacks. And this makes sense.

Share repurchases boost per-share earnings, but they also create dividend savings for the company because each share repurchased means one less dividend payment in the future. Furthermore, given Apple’s 1.46% dividend yield, the company’s dividend savings from repurchasing stock will provide the same return as leaving the capital invested in cash equivalents and marketable securities, with the added bonus of raising its earnings per share.

The net result is millions of happy Apple shareholders.

Apple Isn’t The Only One
Microsoft (Nasdaq: MSFT) would also benefit greatly from a repatriation tax holiday. 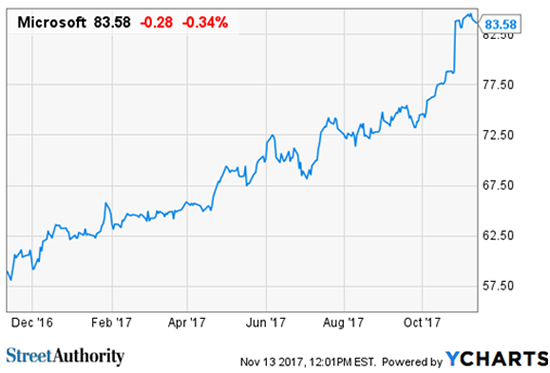 Using the same assumptions from above, MSFT could repatriate all of its $133 billion at a cost of $13.3 billion. This represents a savings of $33.25 billion over the $46.55 billion the company would pay if subject to the 35% corporate tax rate now in place.

More importantly to Microsoft, the company’s cash reserves balloon by roughly $120 billion if they were to repatriate all of their reserves. And the company could deploy some of that capital to share repurchases, sticking to its September announcement to buy back $40 billion of stock.

But MSFT has the added benefit of increasing its dividend, too. Microsoft has grown their dividend at a 16.5% clip over the past five years, and 21.5% annually for the past decade. By doing both, the company would dramatically impact their share price while leaving sufficient excess capital to be deployed to acquisitions.

For both companies, a tax holiday on repatriating its overseas reserves is a win for current shareholders. Furthermore, it’s not a bad deal for a government desperate for additional revenues, either. Because, at the end of the day, the government won’t see a dime of that money without the holiday.

Risks To Consider: The case for buying or holding Apple or Microsoft shares shouldn’t be based on whether either company is able to repatriate some or all of its offshore cash. And given the lack of support from Congressional Republicans in giving President Trump any meaningful legislation, any tax holiday is far from a sure thing.

Editor’s Note: A few months ago, a group of millionaires and billionaires gathered in a private conference room 26 miles from Mar-a-Lago to discuss their “Trump Era” investments. And believe it or not, a common theme was to invest in American businesses. Seven companies in particular stood out… Full story here.