An ‘Instant Income’ Trade From The Disney-Fox Deal

While decorating for Christmas, I noticed how many of our decorations have been around for years. Some of my favorite ornaments are the oldest, like the ones celebrating “Our First Christmas Together” and “Baby’s First Christmas.”

These are irreplaceable. Then, there are the more recent additions, decorations that are often based on the latest characters being marketed to my kids. (Although, I will say that some of these new decorations still feel old, like our “Frozen” ornaments. Even though it feels like we’ve already watched it 400 times, that movie was only released four years ago.)

There are also old characters that are new again: Rudolph and Frosty the Snowman have been reaching new audiences every year for decades as younger generations of children discover these classics.

#-ad_banner-#In fact, I’ve recently realized that a lot of the decorations around the house and on the tree are based on Disney films.

Disney seems to have mastered the art of making both “new” and “old” exciting in its movies — an ability that I also see showing up in its business model.

Disney Expands Its Kingdom
Last week, The Walt Disney Company (NYSE: DIS) announced that it had reached a deal to acquire 21st Century Fox’s entertainment and sports assets for $52.4 billion. (Not included in the deal: Fox News, the Fox broadcast network and sports network FS1, which will all be retained by existing Fox shareholders.) 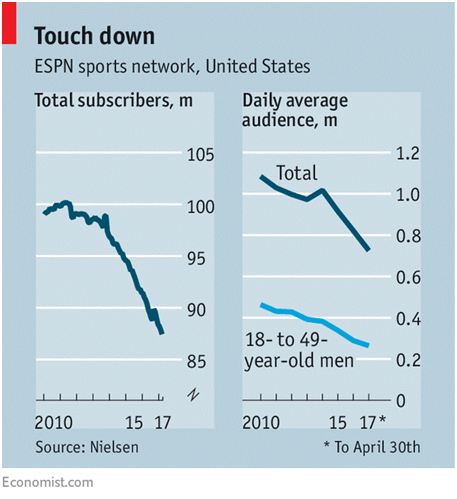 This marks a significant turnaround for Disney, which has been struggling for a few years.

Following the stock’s peak in July 2015, shares have mostly traded in a sideways range. One reason for that lackluster performance has been the sports channel ESPN, which has struggled in recent years and weighed down the stock.

As more and more consumers turn to streaming services like Hulu and Netflix (Nasdaq: NFLX) instead of paying for expensive cable and satellite television subscriptions, ESPN has been losing its audience.

That exodus of cord-cutters is a big piece of why Disney decided to launch its own streaming service, slated to be available in 2019. Once that service goes live, it will be the exclusive home for all of Disney’s content.

Disney already has a library filled with classics and blockbusters. And thanks to this recent deal with Fox, you can also add the X-Men franchise into the mix, along with things like the Alien and Die Hard movies, and more family-oriented stuff like “Ice Age” and “Alvin and the Chipmunks.”

In addition to nearly every major film series, the deal also gives Disney access to a large library of TV shows as it tries to launch a streaming competitor to Netflix. Fox’s TV properties — “The Simpsons,” “Modern Family,” “It’s Always Sunny in Philadelphia,” just to name a few — make that service even more appealing to potential subscribers.

Disney, of course, has a library teeming with classic characters. So does Fox. The combined company could have interesting new movies, especially for fans of action heroes.

For example, Hugh Jackman, who plays Wolverine in the X-Men franchise, noted the possibilities, saying, “It’s interesting because for the whole 17 years I kept thinking that would be so great, like I would love to see, particularly, Iron Man and the Hulk and Wolverine together.”

I’ll admit that, personally, I didn’t see why that would be so great, so I asked my resident 7-year-old, who got pretty excited about the whole thing and immediately started incorporating all three characters into the game he was playing. That’s one reason I think this deal will be important for Disney.

The market seems to agree with Hugh Jackman and 7-year-olds. Disney has been trading higher on the news, which is unusual, as the stock of companies buying other companies tends to decline.

Because of the market’s optimism about the deal, I am bullish on DIS in the short term. However, I want to wait and see what the Justice Department thinks of the deal before forming an opinion about the long term.

How I’m Trading This Merger — Without Buying Any Stock
If you’re interested in catching some of the potential upside, you can always buy shares of DIS.

But I found a better trade… One that will guarantee I collect $450 in a little over a month. And all without buying a single share of the stock. This trade uses a high-income, short-term put option on DIS.

I understand not everyone is comfortable selling options, but you shouldn’t let that fear or nervousness keep you from taking advantage of this tool. Because that’s what options are — a tool for traders. They can be as risky or conservative as you want them to be. It all depends on the strategy you’re using.

My strategy is one of the safest around. In fact, I’m making a guarantee to new subscribers to show how low-risk options can be:

If you follow along with my trades and don’t make money at least 90% of the time… I’ll work for you for free. That’s how confident I am.

I recently released a special report that will tell you everything you need to know, including how my readers are making about $568 a week from selling options. There’s even a list of three questions to ask yourself to help determine if you’re ready to trade options. Simply follow this link to check it out.