Dow Theory: One of the Oldest and Most Reliable Ways to Forecast Market Direction 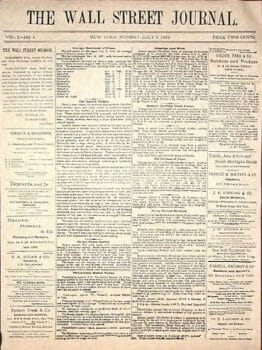 Charles Dow was the editor of The Wall Street Journal around the beginning of the 20th century. He provided a framework to study the stock market that became known as the Dow Theory.

What Is Dow Theory?

Dow created the Dow Jones Industrial Average and the Dow Jones Transportation Average in the late 1800s to help track the economy. He later found that he could use these as an economic forecasting tool to make money trading stocks. The method: When both indices are moving in the same direction, a confirmed trend is in place. That serves as a signal for traders to become more aggressive.

Dow Theory is based on the premise that the economy grows when manufacturers are producing as much as possible. Economic growth, of course, translates into profits for these companies. And this can be seen in the performance of their stocks. But getting those goods to market requires the transportation industry to be growing. And that should drive the stocks of transport companies higher first.

How Traders Use It

Traders use Dow Theory to identify the direction of the major trend in the stock market. Movements in the two averages must confirm each other to show a trend change.

Dow ignored the smaller moves in the stock market. His goal was spotting only the primary trends that could last for months, not the short-term trends that unfold over the course of a few days. We can see an example of this in the chart below. When the stock market bottomed in March 2009, Dow Theory did not issue a buy signal until July of that year.

Why It Matters To Traders

For the example in the chart above, the buy signal was about 35% above the low. Traders missed out on significant gains, but still enjoyed more than 30% upside over the next year. As this example shows, Dow Theory signals will always be late. But it also gives traders a much higher degree of confidence.

Although Dow wrote about his theory from 1900 to 1902, the ideas still work today. Dow Theory signals continue to highlight major stock market moves. The system’s rules work well for trend followers who are comfortable missing the first part of a big move in favor of solid confirmation that a trend is in place.

P.S. If you’re looking for an easy, proven way to earn extra income in any market, then you should also consider a strategy used by our colleague Amber Hestla…

While Amber was deployed overseas working with military intelligence, she began developing a way to reliably generate income each and every week. And for the the past several years in civilian life, she’s been sending a group of followers a brand new “P.I.N.” code that gives you a shot at instant cash. This number will work so steadily every week, you’ll begin to think of its payout as an extra “paycheck.”

To learn the specifics of how Amber’s P.I.N. works, click here now.