How We’re Betting On A ‘Secret Cancer-Beating Weapon’

Over at Fast-Track Millionaire, our mandate requires us to stay abreast of the most recent scientific achievements.

And how could it be any other way? Most game-changing companies change the game by either finding real-life applications for modern scientific or technological discoveries or using those discoveries to modernize or disrupt entire businesses or industries.

I’m talking about the up-and-coming field of personalized medicine.

I’ve written about this topic before. (For more, you can read this and this.)

That’s because it’s a field with many facets — and with so many emerging technologies at play. Frankly, it’s so easy to go down the proverbial rabbit hole, it’s enough to keep your head from spinning.

But if you put in the work to learn about this stuff, it can pay off. Big-time.

Unlocking The Genetic Code
Today, it’s common knowledge that DNA determines nearly everything about you, from your physical appearance to your inherent risk of certain genetic diseases. You can even buy a test for under $100 that reveals your “ancestry” (in other words, your genetic makeup), all in the comfort of your own home.

The abundance of TV ads for do-it-yourself genetic testing has made the concept of “genetic testing” seem easy and commonplace, almost trivial. But it’s anything but.

You see, those hereditary tests (the ones frequently advertised on TV) are just the tip of the iceberg. In fact, today’s tests can reveal much more sophisticated things about us as individuals, and their use has resulted in the rapidly developing field of molecular diagnostics. 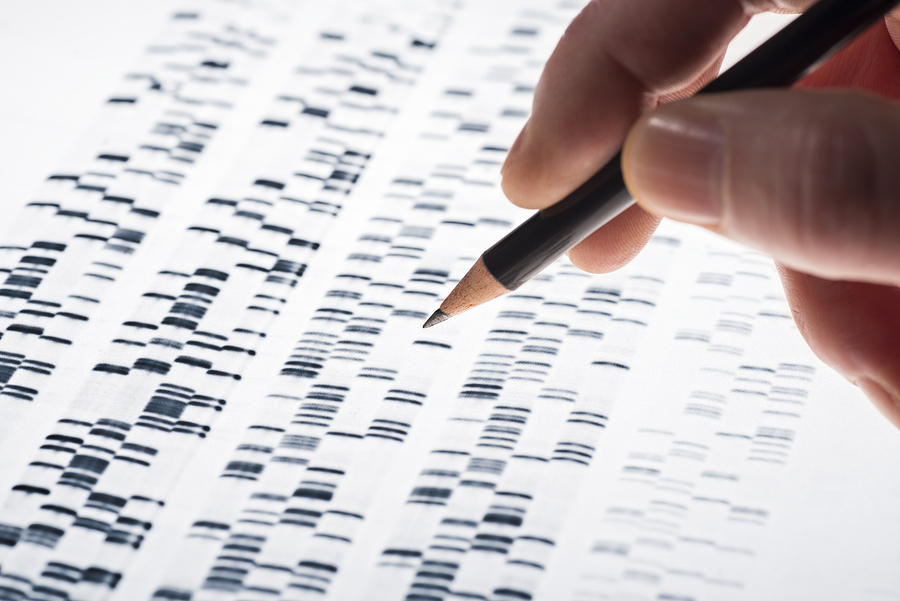 So what exactly is it? These are diagnostic tests that assess a person’s health literally at a molecular level — carry an enormous promise, well beyond “simply” determining the ancestral history written in your genes.

Molecular diagnostics goes beyond just DNA, too; today’s tests can also detect and measure specific genetic sequences in DNA, RNA (which carries instructions from DNA and controls how proteins are synthesized), and related proteins. Tests can identify genes associated with certain diseases, inform doctors whether a person has a higher or lower risk of a certain disease, and even evaluate if the patient is likely to respond to a certain treatment.

Thanks to molecular diagnostics, the term “personalized medicine” is no longer a misnomer. Both diagnosis and treatment of many diseases have been transformed, making truly individualized medicine possible.

But thanks to the insights offered by molecular diagnostics, doctors can now see what makes a specific patient different from others. This could be, for instance, a gene mutation linked to a specific type of disease; determining this could result in a different course of treatment than the majority of patients with the same diagnosis would receive.

This Is A Big Deal
The implications of this are huge… It means, eventually, personalized medicine could become a secret cancer-beating weapon, giving doctors is the ability to treat patients with drugs tailored to the molecular profile of their individual cancer.

This is an extremely fast-moving area, too.

It took more than 10 years and $2.7 billion for the Human Genome Project to complete its first full map of the more than three billion nucleotides in the human genome. Moreover, the Human Genome Project was an international, government-led research project. (An initial draft of the entire genome sequence was published in 2001, 10 years after the project was initiated, and an essentially complete version was published in 2003.)

Today, individualized medicine is now on its way to becoming the new standard, and DNA tests are freely available on the internet. That’s a ton of progress since 2003.

The costs and the speed of molecular testing have also taken a huge leap forward since then. Because of the rapidly declining costs, molecular diagnostics is fast-developing into a new necessity and a medical standard of care.

How To Invest
In an industry where many young companies live or die on the success or failure of their novel treatments and new drug candidates, the risk here is higher — but so are the potential rewards. And while my Fast-Track Millionaire subscribers and I are following several companies in this space, one in particular stands out…

You see, as it turns out, there’s a small group of researchers in Switzerland who are leading the pack in this field. They’ve developed a biochemical process that acts as a tiny guillotine, cutting the DNA strand right at the point where an error has occurred. The corrected DNA, doing what DNA naturally does, begins to replicate, ultimately correcting the gene — and the problem.

This new company is quickly becoming the ruler of the realm in this novel technology. Its gene-editing tool is going to be much simpler and easier to use than previous gene editors, and it’s 99% cheaper, too.

Beyond cancer, its research could lead to cures for Down syndrome, hemophilia, cystic fibrosis, muscular dystrophy, even color blindness.

But the big one, of course, is cancer…

Early results from this pioneering company are remarkable… It has completely wiped out some colon and kidney tumors and is now being tested against melanoma, breast, lung, ovarian and other cancers.

Join Me And Invest In The Future Of Medicine
Now, since this is my top pick in personalized medicine, I can’t give it away to everyone — it’s for Fast-Track Millionaire subscribers only. But to find out how to get the name and ticker symbol of this pick, you can read my full briefing on this topic right here.

Regardless, this is obviously good news for anyone alive today. And for anyone they love.

But for investors like me and you, it’s absolutely thrilling.