What We Can Learn From The Great Bear Of Wall Street

I’ve seen it firsthand… Many people remained on the sidelines during the great bull market after the financial crisis. Why? Because the mental (and financial) toll of the 2008 market crisis was just too much to bear.

Don’t let that be you right now.

Look, I get it… Investing can be frustrating. The psychological toll is sometimes just too much — especially during a down market like we’re seeing right now.

In this type of market, our emotions can cause many of us to do irrational things, like hold onto a losing position for far too long. We have difficulty cutting our losses, as we “hope” the stock will get back to our entry price so we can break even.

Even during the good times this can be tricky. You’ll have days where everything seems to be going right in your portfolio. The euphoria makes you feel invincible. You’re up handsomely on a plethora of positions only to have those gains, and then some, washed away the next day for reasons you may not understand.

On the days when your portfolio is in the red, you wish you would have sold everything the day before. Watching gains evaporate can really take a toll emotionally (again, a big reason why many investors struggle to cut their losses). You begin to question your strategy, your investment thesis, or why you even put money in the stock market in the first place. After all, had that money been sitting in a savings account, at least you’d still have your principle left.

If you’ve had any of these second thoughts, you’re not alone. All traders and investors endure those feelings at some point. Every successful investor out there has had to stomach massive drawdowns, tough days, and even going bust. Yet, they stuck with what they knew and (hopefully) learned from their mistakes, and went on to make fortunes.

Lessons From The Great Bear Of Wall Street 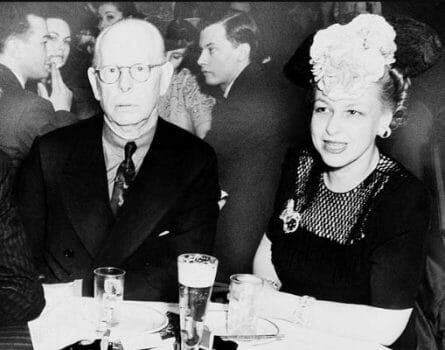 One such example is the notorious trader, Jesse Livermore, who made and lost fortunes in the market several times. Although not named himself, Livermore’s life inspired Edwin Lefevre’s book, Reminiscences of a Stock Operator, which is today considered an investing classic.

The, in early 1929, Livermore earned his nickname, “The Great Bear Of Wall Street.”

By using a network of stockbrokers to mask his activities, he had been shorting the market — and was down big. But then, the market crashed and his short bets paid off to the tune of $100 million.

Livermore stuck to his strategy and what he knew. In fact, the trading principles that he established continue to be studied and used today.

Jesse believed that prices were never too high to begin buying, or too low to begin selling. His investment approach relied heavily on trading with the trend, as well as paying attention to the behavioral and emotional aspects of trading. (This no doubt sounds familiar to my regular readers.)

I’m sure that at times (especially when he lost his fortunes), Livermore questioned his strategy and approach to the market. Yet, it was that approach that made him the fortune in the first place. But the key to his success was finding a strategy that worked and then sticking to it… even during times when it seemed fruitless.

One of the most difficult parts about investing is staying disciplined and remaining patient. It’s easy to give up on a strategy or system after a string of losses. It’s frustrating. But that doesn’t mean the system — or your approach to the market — is broken.

If what you’ve been doing prior to this most recent bout of volatility took hold of the market, don’t lost hope. Remember to cut your losers short and let your winners run. It may be tough for a while longer, but if you remain patient and we stuck with it, you’ll be cranking out winners once again.

P.S. I just released another BIG prediction about cryptocurrencies…

My team and I think cryptocurrencies will surge again in the coming months. But here’s the thing… the big winner won’t be Bitcoin, Binance, or Ethereum. While those cryptocurrencies could do well, we think there’s another one with a lot more upside potential for new investors. It’s 321 times faster than its prime competitor and could surpass it in value…