The Perfect Stock For An Exponentially Growing Market…

Not every company is created the same, and not every cybersecurity system works to protect against the same set of threats.

For example, some of you may remember Mimecast (Nasdaq: MIME) — a company I’ve mentioned before and also a former Game-Changing Stocks holding. (We owned it for more than a year and sold this past May for a gain of better than 80%.) This company specializes in securing corporate emails — and has been quite successful in advancing that franchise (hence our strong gain on the position).

But the threats that any modern business now faces range far and wide. Clearly, a company that does its business online, has a website or communicates via the cloud can be exposed to a number of cybersecurity threats. These include malware (any type of software that can harm a computer or its user) or ransomware (software specifically designed to deny access to a computer system or data unless a specific ransom is paid).

Market research and consulting firm Global Market Insights says the cybersecurity market will grow exponentially over the next few years, propelled by the need to minimize security risks and rapid growth in cloud-based platforms and other networking technologies.

Indeed, the future growth of the cybersecurity market is directly related to the growth in mobile and wireless devices, which are themselves vulnerable to cyber attacks. In 2017, for instance, the number of cyber attacks on mobile devices averaged over 1.2 million a month.

The widespread use of mobile devices and the explosive growth of the Internet of Things presents a whole new set of problems — and opportunities.

The Perfect Stock For The Cybersecurity Era

One stock we own in the Game-Changing Stocks portfolio —  Forescout Technologies (Nasdaq: FSCT) — offers a unique approach to today’s network security. It’s an approach designed to address the issue of the growing number of network-connected devices and other access points to a corporate network.

While you might think that a business needs to protect its computers, servers, printers and such (and it does), the need to make the business safe also means protecting a growing number of wireless devices — cell phones, iPads and ebooks — that can use the same network.

Think about an employee bringing her smartphone to work. Once connected to the corporate Wi-Fi, it becomes a network-connected device — and also immediately constitutes a so-called “endpoint” for the network. (An endpoint is a remote computing device that communicates back and forth with the network to which is it connected.)

Indeed, Internet-of-Things devices — the ones that are designed to transmit data — also act as endpoints. Moreover, IoT devices are not computers in the strict sense of that word — and often, installing and running “agent” software or antivirus is simply impossible.

The number of endpoints needing cyber-protection and included as part of advanced threat monitoring is growing exponentially. According to Gartner, by 2023 the average chief information officer will be responsible for managing three times as many endpoints compared to today.

Forescout has an answer to this challenge: from the very beginning, its unique agentless software was built to address this massive heterogeneity of network devices and to make all of these devices secure. This agentless approach makes Forescout stand out from the crowd. 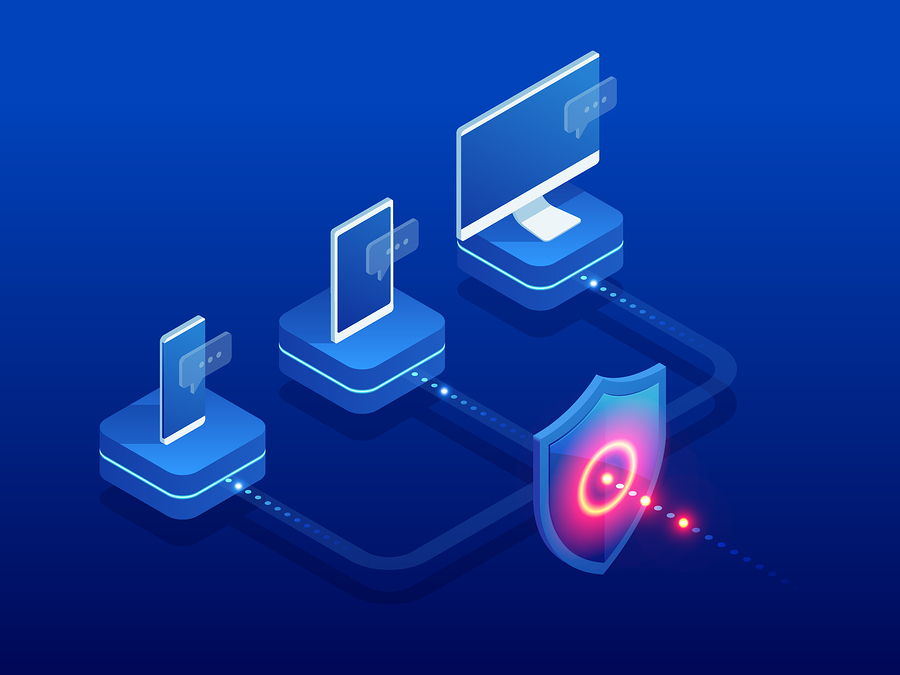 Second, Forescout addresses the growing trend of increasing interconnectivity. A modern business includes a number of operational-technology (OT) devices that also function as part of a network. Computers controlling everything from manufacturing to the air-conditioning system are increasingly connected to the internet. This convergence of information technology (IT) with OT networks offers substantial benefits, and it’s here to stay. But here’s the downside: these devices can also become targets for cyber attacks and, as a result, corporations’ technology officers are now assuming responsibility of securing these devices.

You might remember a WannaCry ransomware attack two years ago that infected 200,000 computers across 150 countries (including the U.K.’s National Health Service where it impacted computers, MRI machines, blood-storage refrigerators and other equipment). This showed the world the importance of protecting everything on the network, not just PC workstations — including devices that serve operational, not IT, functions.

Because Forescout’s agentless software works on any network type and is scalable to any size network, FSCT has the answer to this challenge, too.

Finally, Forescout has the means to address another important trend — automation. As both the number and diversity of devices continue to grow, it’s becoming imperative to replace human beings in generating responses to cyber events. It’s estimated that by 2021, 70% of large enterprises will be willing to automate (replacing a human when it comes to such decisions as segmenting infected devices, blocking an attack and/or sharing information with other cybersecurity tools), up from 5% today.

While the company still loses money, it’s expected to have its first profitable year in 2020. And yet, shares are up only about 33% from the October 2017 IPO — better than the 13.5% gain for the S&P 500 but a far cry from some other tech IPOs with similar growth prospects.

I think we may have been a little early on this pick, but that’s OK — and it’s especially good news for those of you who haven’t bought FSCT yet. I believe this is an opportunity — and I plan to take full advantage of this company’s potential, which is why I recently upgraded FSCT to a “Strong Buy” over at Game-Changing Stocks.

In the meantime, if you’re looking for even more growth stock ideas, then I invite you to check out my eye-opening report on four major breakthroughs about to take place in the next few months — and the four stocks behind them that could throw off triple-digit gains. To learn more, go here right now…