Our first foray into the world of medical and recreational cannabis over at Fast-Track Millionaire remains the industry leader.

It was the first among the industry players to secure a large and lucrative partnership deal — in the form of a multi-billion-dollar link with a well-known maker of beers, wines and spirits.

It was also the first to buy a large U.S.-based competitor, although the deal is designed not to take place until the U.S. legalizes marijuana on a federal level.

In many ways, our first cannabis stock pick has set the standard in the budding industry. But other industry players have been following suit. And my Fast-Track Millionaire readers and I have been paying very close attention, looking for what could be tomorrow’s household names in Big Cannabis.

One of them is Canada-based HEXO Corp. (NYSE: HEXO), formerly known as Hydropothecary Corporation.

​HEXO officially changed its name in August of 2018. The rebranding followed the launch of its new brand called “HEXO” — for the adult-use cannabis market; HEXO continues its use of the Hydropothecary brand for the medical cannabis market.

In October of 2018, HEXO entered into a joint venture with U.S. beermaker Molson Coors (NYSE: TAP). The venture, called Truss, aims to develop non-alcoholic, cannabis-infused beverages. HEXO has a minority stake in the joint venture, 42.5%, while Coors owns the rest, a controlling interest of 57.5%.

Somewhat like our other pick, HEXO is also focused on targeted acquisitions to build its business.

Unlike CGC, though, HEXO has taken a more-traditional route here: this March, it proposed (and on May 24 finalized) the acquisition of Newstrike, a Canada-based parent company of Up Cannabis Inc., for $235.9 million in stock. Newstrike, a licensed cannabis producer and distributor that received its cultivation license in December 2016, has an expected capacity of 42,000 kg of cannabis.

This deal, however, is more about non-material assets such as licenses. Licensing is a must in Canada, both for production and distribution, and acquiring a company that is already licensed is the easiest way to expand a company’s footprint in the country.

Founded in 2013 and based in Quebec, HEXO is one of the earliest industry entrants and, as such, has benefitted from the timing, as well as from its founders’ vision and its highly scientific approach to the business.

Big Plans For The Future 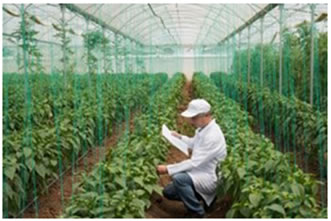 There is some concern that this target may be too lofty, but the company reiterated this number in its latest quarterly report issued on June 13. Compared with the most recent quarterly sales of just under $10 million (that number does not include Newstrike), this revenue goal might be unreachable in such a short time frame.

But this shouldn’t mean that HEXO is not on the right track.

For the next decade, HEXO anticipates that as the global cannabis market grows, only a handful of companies will control 70% of global market share — and HEXO wants to be one of those companies.

It surely has the competitive advantages (centered around its scientific pedigree, brand-building success and the existing licensing strength) to stay on top of the competition. HEXO can also expand internationally — it has already established a foothold in Greece, from where it plans to build a Eurozone processing, production, and distribution center and then gain access to customers, both medical and adult-use, across Europe. The Greek operations can also be leveraged to enter the UK by 2021 and France shortly thereafter.

Action To Take
Of course, there are many players in the emerging market for legalized cannabis. At this time, when the still-young industry is in the process of growth and consolidation, many companies, large and small, present a compelling investment case. But HEXO is different from many peers — it’s one of the cannabis industry’s top innovators, with award-winning products. And HEXO’s Innovation team — the company employs over 25 PhDs — will help to maintain this competitive advantage.

I believe this to be a buying opportunity and an excellent entry point for long-term investors interested in the sector, especially considering the company’s long-term prospects and industry positioning. This is why HEXO was my newest cannabis stock pick in Fast-Track Millionaire last month — it could easily be one of a handful of household names in this sector that most investors will be saying they wish they had invested years ago…

P.S. HEXO isn’t my only cannabis stock recommendation… In fact, I’ve released a full report detailing my research into this sector, complete with several picks — all of which could easily deliver triple-digit gains (or even more) as the industry grows. To access it now, go here.