How Buffett Used This “Cash On Command” Strategy To Earn Millions

Did you know that Warren Buffett has used a special strategy that gives him the chance to buy high-quality stocks for less than the current market price? Even more amazing, if the tool “fails” to get him a bargain, it will pay him cash for his trouble anyway.

We’re not talking about any sweetheart deal that only the rich and powerful have the “juice” to pull off behind closed doors. And if you think this is some kind of super-sophisticated strategy, think again. It’s incredibly simple. Yet around 75% of “buy and hold” investors have never even tried it, according to a TD Ameritrade survey.

That’s a shame, because it’s proven to be a secret weapon for reducing exposure to market volatility, preserving capital, and generating income…

So what is this bargain-hunting, income-generating tool that’s served Buffett well all these years? It’s the same one that my colleague Robert Rapier’s followers use over at Rapier’s Income Accelerator to earn hundreds (sometimes even thousands) of dollars with each and every trade… 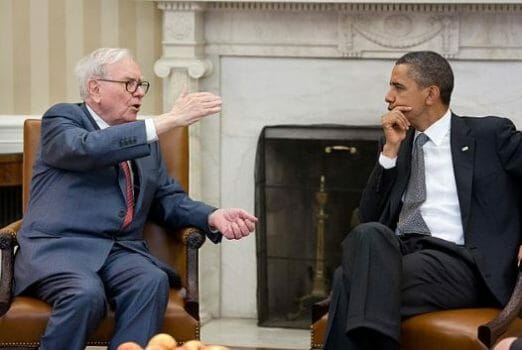 The King of Buy-and-Hold first bought stock in Coca-Cola (NYSE: KO) in 1988. At the time, Buffett said he expected to hang on to the shares of this “outstanding business” for “a long time”. Today, with more than $24 billion invested in 400 million shares, Coca-Cola remains one of Buffett’s top five largest holdings.

​But Buffett is not the type of investor who’ll buy shares of a company at just any price — not even Coca-Cola.

The world’s greatest investor is a bargain hunter. If Buffett likes a company but thinks the price is too high, he may wait until the market “cooperates”. In other words, wait for the price to go lower before he’ll buy shares.

And that’s where options come into play.

In April 1993, Buffett wanted to buy more shares of his beloved Coca-Cola stock. (This story comes form Chapter 34 of Andrew Kilpatrick’s book: Of Permanent Value: The Story of Warren Buffett.)

The problem: Coca-Cola was trading at about $39 a share. That price was too expensive for his taste at the time.

But did the self-made billionaire let his cash sit idle while waiting for a downturn? Not a chance. Buffett used this strategy to earn himself $7.5 million in income — all without buying or selling a single share.

Here’s how he did it. Buffett thought $35 would be a reasonable price for Coca-Cola. So he wrote a contract for the 5 million shares he wanted to buy at that price.

From here, two scenarios could have played out for Buffett:

1. Coca-Cola’s stock falls below $35 per share by the time of expiration. The buyers exercise those options and sell their shares to him. That way, Buffett buys Coca-Cola at $35, which is precisely what he wanted to do in the first place. He would get the shares for 10% off.

2. Coca-Cola’s stock rises (or stays the same) during the life of the contract. The owners let the contract expire, and Buffett simply pockets the $7.5 million and walks away.

The second scenario is just what happened. Buffett received $7.5 million in instant income for the chance to buy shares of Coca-Cola at $35. Said another way, he earned the equivalent of a 3.8% yield ($1.50 for each $39 share) over a matter of weeks, without even having to buy the stock.

Now, Buffett could have simply waited for Coca-Cola to fall in price to $35 before he bought them. That’s what many ordinary investors do every day. But then again, Buffett is no “ordinary” investor…

By using this strategy, Buffett set himself up for success either way. He gave himself the chance to either buy a quality stock at the discounted price he wanted, or, pocket the premium income as soon as he wrote the contract.

This is about as close to a “win-win” strategy as an investor can get.

The best part is, you can set yourself up for a win-win like this time and time again. And you don’t have to be a billionaire investing guru to benefit from using this strategy — you just have to act like one.

If you want to learn more, my colleague Robert Rapier has just finished a report that details how this works. A veteran income hunter, Robert and his subscribers over at Rapier’s Income Accelerator have using strategies like this to earn hundreds (even thousands) with each trade. And then, they turn around and do it again the very next week.