The Future Of (Legal) Cannabis May Depend On This Man…

The future of the cannabis industry in the United States, in the end, may come down to a man who once reportedly wrote that he was “unalterably opposed” to legalized pot.

The good news for cannabis investors: that man now sits on the advisory board of one of the fastest-growing pot companies in North America. 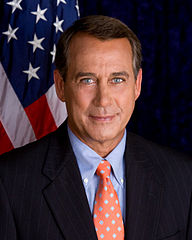 If you missed the headlines, I’m talking about the former House Speaker from Ohio, Republican John Boehner.

So what caused the change of heart?

Well, the generous view is that, like many of us who consider ourselves to be independent thinkers, the Speaker’s views… evolved. The cynical view might be that it’s a cash-grab.

To be fair, there’s really not a lot on record regarding Boehner’s previous stances on cannabis in Congress. And Boehner, who is well-known in Capitol Hill circles for his merlot and cigarette habit, reportedly said he never really studied the issue in depth. But upon seeing a friend get relief from chronic back pain, he began to take note. Now Boehner says he is intrigued by cannabis as a treatment for the opioid crisis as well as for combat veterans and others who suffer from PTSD.

So when Boehner joined the board of Acreage Holdings (OTC: ACRGF) in 2018, many industry watchers understandably took notice. Even more so when he was named chair of the National Cannabis Roundtable, a cannabis lobbying organization.

But let’s take a look at the company itself, to understand just why it’s one of the many intriguing options for investors who are looking at the cannabis space today…

Founded in 2014, Acreage Holdings (formerly High Street Capital Partners) quickly established itself as one of the most vertically-integrated companies in the business, with a diverse portfolio of cultivation, processing and dispensing operations.

But what makes Acreage Holdings different from the rest of the field, as the former name might suggest, is that it’s more of an investment company. It’s been steadily accumulating a portfolio of real estate, cannabis growers, processors, and dispensaries across the country for a few years now. It also has strong partnerships with regulators, physicians and medical researchers.

Another competitive advantage: its management. The team includes veterans from Wall Street and finance as well as major players in the retail and food & beverage industries and legal fields.

As the cannabis industry began rapidly growing after a new wave of legalization legislation, it also entered a period of consolidation. It’s no wonder then, that Acreage quickly became a target.

In April 2019, Acreage put a deal in place to sell all of itself to industry giant Canopy Growth (NYSE: CGC), but with an important caveat… The deal will not happen unless marijuana production and sales become federally legal in the United States within a period of seven and a half years. Canopy has paid $300 million upfront for the privilege — and will cough up $3.4 billion in total if full legalization comes to pass.

Action To Take
As I’ve discussed before, the legalization wave is picking up steam. More states are legalizing outright, and some surprising ones are at least decriminalizing for medical uses. But there is still a long way to go for cannabis legalization at the federal level. And for now, both companies will operate separately.

This deal presents a tough mountain to climb, so I wouldn’t bank on this solely as an investor in Acreage. Think of this as Canopy using a call option to bet on both Acreage and Boehner. If the former Speaker still has grease on Capitol Hill with the right people, he just may be successful in changing enough minds to get it done.

And if that happens, the entire industry will benefit. Either way, this company — and what Boehner is able to make happen in Washington — will be worth watching closely.

P.S. The legalization of marijuana is one of the greatest investment opportunities you’ll ever see in your lifetime. But here’s the thing: some cannabis stocks are poised to be winners, others will be losers. You need to pick the right marijuana stocks to really create life-changing wealth. That’s where Amber Hestla’s special cannabis trading briefing comes in.

You can watch her exclusive, free video right now.