Our Resident Income Expert Weighs In On The Fed

It feels a little like we’re in the Twilight Zone. It’s as if two economic realities exist at the same time.

To understand what I mean, consider the backdrop in light of the Federal Reserve’s recent interest rate cut.

Sure, there are some potential things to be worried about, like recent manufacturing data. Or the trade war. But unemployment is at a 50-year low and stocks are making all-time highs. Meanwhile, I can still take out a new mortgage for the same rate I did in 2012. Curious indeed.

To make sense of all this, I turned to StreetAuthority’s resident income expert, Nathan Slaughter.

I consider Nathan to be the dean of StreetAuthority analysts. That’s because he’s been researching, writing, and delivering picks to readers since 2004. For the past six years, Nathan has been at the helm of High-Yield Investing, one of StreetAuthority’s most popular newsletters.

Prior to joining StreetAuthority, Nathan spent some time as a financial planner and wealth management advisor. He’s covered a lot of investment ground here over the past 15 years, from commodities to micro-caps. But most of his time has been spent in the pursuit of quality income-paying stocks and securities.

If anyone can make some sense of what’s going on, it’s Nathan. In addition to discussing the Fed and its impact on investors, we also discussed a number of other topics that you’ll find useful. 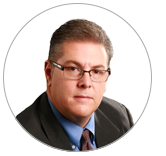 Nathan: Ordinarily, the Fed loosens monetary policy in response to an economy that is stalling or contracting. The idea is to lower borrowing costs to stimulate activity, kick-start growth, and create jobs. But the central bank has a dual mandate to maximize employment and corral inflation. If the Fed overshoots and things begin to overheat, then inflation can quickly spiral out of control. So it’s a balancing act.

There was some dissent in the ranks regarding this latest quarter-point rate cut. A couple of board members argued it was unnecessary. And they may be right. GDP growth has decelerated mildly, but the economy still expanded at close to 2% last quarter. Furthermore, unemployment has fallen to a 50-year low of 3.5% (below the 4% threshold that most economists consider to be full employment).

Payrolls around the country continue to grow by about 160,000 per month on average, and the nation’s workforce has swelled to 157.9 million, a new record high. There are more job openings than available candidates to fill them, which is exerting upward pressure on wages.

So why the cut? It’s simply a precautionary measure given the manufacturing slowdown and global uncertainty tied to the ongoing trade wars. Instead of medicine to treat an economic malady, think of it as a preventive vaccine. Our colleague Amber Hestla did an excellent job explaining this idea.

It may seem a bit unusual, but we’ve actually seen this before. Former Chief Alan Greenspan made insurance cuts in 1995 and 1998. In both cases, they proved to be mid-cycle adjustments, not the start of protracted downward cycles. And I believe that will be the case again. Barring indications of a recession, I don’t think we’ll see a fourth cut anytime soon.

How will this affect investors?

Nathan: There isn’t a single sector or asset class that isn’t impacted (to one degree or another) by interest rate cuts.

That’s especially true for the holdings of an income-oriented newsletter like High-Yield Investing. We focus on securities that pay steady dividends and interest, which by nature tend to be rate-sensitive. Most react positively to falling rates. So it has been a good run for real estate investment trusts, utilities, and preferred stocks, among other groups. 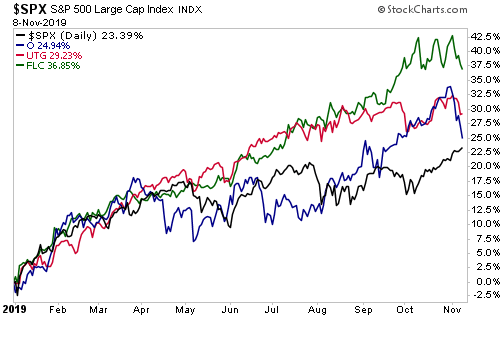 On a broader note, any business that is borrowing or refinancing is breathing a sigh of relief with this pause in rate hikes. The back-to-back-to-back rate cuts are also beneficial to leveraged closed-end funds (CEFs) that rely on the spread between short and long-term rates to juice returns.

It seems like many individual investors think there are no good values in the market. Where are you seeing the best values right now?

Nathan: The market has done quite well over the past few years, but the gains haven’t been evenly distributed. For starters, small-caps have struggled to keep pace with large-caps. The S&P 500 has delivered an average annual return of 14.1%, whipping the 9.9% of the Russell 2000.

And across the entire market cap spectrum, growth has been outrunning value by more than a 2-1 margin. Large-cap growth stocks have enjoyed annual gains of 16.6%, versus 7.8% for large-cap value.

Value stocks (including most dividend payers) have been playing second fiddle to growth stocks for a decade now. This trend started at the tail-end of the 2009 recession and has been firmly in place ever since. (I touched on this topic more in this article.)

The S&P’s big gains in this epic bull market have been driven by flashy growth stocks such as Apple (Nasdaq: AAPL) and Facebook (NYSE: FB), while steady dividend-payers like Johnson & Johnson (NYSE: JNJ) have been left behind.

Collecting a passive income stream of 3% or 4% almost seems quaint when tech stocks are delivering sizzling triple-digit gains. But this trend is showing signs of reversing.

That shift has propelled funds like Schwab U.S. Dividend Equity ETF (NYSE: SCHD) to market-beating returns over the past three months. And I am confident that many of the income bastions in my portfolios will continue to shine in this low-yield environment.

What’s the best way for investors to gauge the safety of an investment?

Nathan: Academics measure risk by looking at metrics such as beta and standard deviation. But I agree with Warren Buffett, who councils that “volatility is far from synonymous with risk.”

Case in point, a market correction might cause a quality stock to suddenly plunge from $50 to $30. Conventional wisdom says the stock would now be riskier because its beta has just spiked. I would say it might actually be safer because you’re getting a 40% discount on the exact same assets.

Of course, that depends on whether the pullback was triggered by fundamental changes in the business or industry. It might be nothing more than market jitters rather than a company-specific problem. Since price and value tend to recalibrate in time, I don’t panic just because others are selling.

Here’s my advice… There’s no simple metric to truly gauge this stuff. The value of any business is inherently tied to the future free cash flows it can generate for owners. So the best way to evaluate safety is to monitor developments (regulatory, competitive, etc.) that can permanently impair that cash flow stream. Balance sheet health must also be carefully scrutinized.

In short, I pay far more attention to what the company is doing than what other investors are doing. Our readers should, too.

OK, now for a bit of fun… Tell us what you’re reading right now (either investment-related or not).

Nathan: I typically alternate between fiction and non-fiction.

I’ve been re-reading Quality of Earnings by Thornton O’Glove. It’s a good reminder that GAAP profits can easily be manipulated and that some “forensic” analysis can help reveal how much money a company is really making (or losing).

I’ve also got Clive Cussler’s The Titanic Secret on my nightstand. It’s a gripping mystery involving the supposed death of nine coal miners that takes readers on an epic chase for an invaluable rare element called byzanium that ends up in the cargo hold of the famed ocean liner.

Editor’s Note: I’d like to thank Nathan for taking the time to answer my questions in today’s issue. Hopefully you got as much out of it as I did (as well as a good addition to your holiday reading list.) And if you’d like to learn more about Nathan’s premium service, you can go here.

Meanwhile, our friend Amber Hestla has just pinpointed a major investment opportunity that we’re telling everyone about right now in the world of marijuana stocks…

Amber is Chief Investment Strategist of our new premium trading service, Precision Pot Trader. And she’s making a big, gold promise to traders: if you don’t get 52 “turbo” pot trades from her in the next year, which averages out to a triple or quadruple-digit profit opportunity once a week, let us know and we’ll give you another year of the publication, on the house.