This Small-Cap Stock Could Help Solve The Infrastructure Crisis

In February 2017, more than 180,000 people had to leave their homes as heavy rains damaged the Oroville Dam in Northern California. The dam, which is used for flood control, water storage, and hydroelectric power is the tallest dirt dam in the United States, at 770 feet. 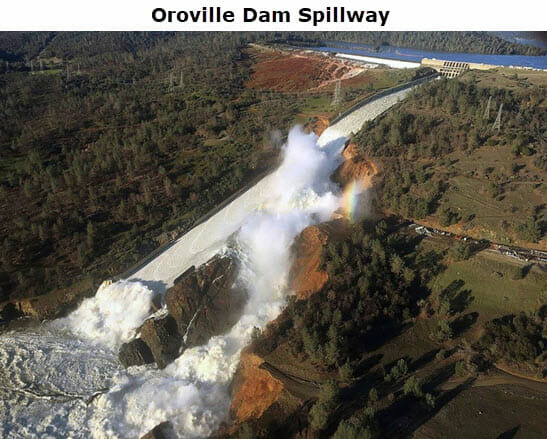 Completed in 1968, it remained largely untouched since then. And, well, we all know what happened after that.

But here’s something I bet you didn’t know. The average age of dams in the United States is 56 years old.

These aging dams highlight a larger problem in the United States… aging and deteriorating infrastructure.

Every four years the American Society of Civil Engineers (ASCE), an organization made up of more than 150,000 civil engineers, gives the United States an infrastructure report card. In March 2017, the organization gave the U.S. a grade of “D+.”

It’s clear that America’s infrastructure is in deep disrepair. And cities, states, and the federal government are scrambling to find funds and improve crumbling bridges, sewage lines, airports, dams, and several other infrastructure needs.

This is one issue that unites both sides of the aisle. The only question is who does the work, how much is really needed, and whether we have the will to get the job done. There’s been talk the past few years in Washington of a big infrastructure bill – likely along the lines of which we haven’t seen since The New Deal. That talk has died down now that we’re in an election year. (God forbid should the politicians let actually getting things done get in the way of campaigning.)

So I wouldn’t bank on a renewed effort for big-time government spending on this until next year at the earliest. But that doesn’t make the problem disappear, and plenty of local governments still need infrastructure…

This Stock Could Help Solve The Problem

That’s why I was intrigued when my Maximum Profit system recently flagged a company that’s benefitting from the increased spending to improve our infrastructure, as well as from serving the municipal, residential, and commercial markets.

Forterra (Nasdaq: FRTA) manufactures pipe and precast (think concrete) products in the United States and Eastern Canada. Its products are used for a variety of infrastructure applications, including stormwater, bridges, wastewater, drainage, shorelines, walls, you name it… If you see massive concrete products (pipes, concrete walls along the highway, girders under a bridge) there’s a chance Forterra built them.

The company operates 79 manufacturing facilities. It’s a small-cap stock ($900 million), with roughly $1.5 billion in sales. While it hasn’t turned a profit yet, it is expected to post one this year. But my focus is never really on net income. After all, the lower a company’s net income, the less in taxes it must pay.

To see if the company is really making any money, we have to look at the cash flow statement. In 2018, the company generated $27 million in cash flow. When it reports full-year 2019 numbers, that figure is expected to top $100 million. Through the first three quarters of 2019, it’s already sitting at roughly $66 million in cash flow — more than double what it earned for all of 2018. 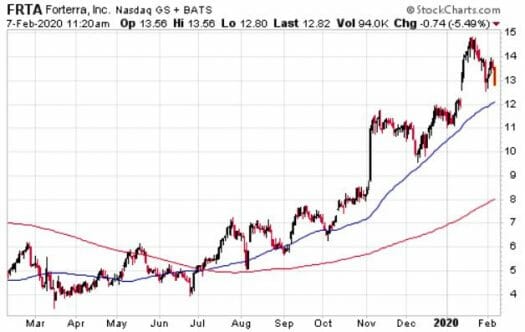 I also like that this is a small-cap stock. It means we could have a real undiscovered hidden gem on our hands. The stock has been on a roll, and I think there is plenty of room to run.

It’s worth noting, however, that Forterra operates a capital-intensive business. Any hiccup in its production could cause the company to lose out on future infrastructure contracts. This would be detrimental to the top line, and share price.

Still, I like that Forterra should continue to see tailwinds as we upgrade our infrastructure in the coming years. The stock already has some momentum — so short-term traders could simply ride the wave. But if talk of a big infrastructure bill picks up again, then it could get a substantial boost.

Another beneficiary of government spending is 5G technology…

President Trump is publicly demanding that this new technology be implemented in the U.S. as soon as humanly possible. And when the leader of the free world voices an opinion this forcefully, you can bet every telecom company in the country will fall into line and double down on their efforts.

There’s just one problem… A “fatal flaw” could ruin the entire rollout, leaving us far behind countries like China.

There’s still time to fix the problem, but we need to act fast. That means the telecom companies will have to find a partner, like the one we mention in this exclusive report.