The Reason I Bought This Stock Will Surprise You…

I was fascinated with computers as a kid growing up in the 1980s. I’ll never forget the RadioShack Tandy 1000 desktop PC I got as a Christmas present one year. It was bulky, expensive, and only capable of the most rudimentary functions by today’s standards. But to me, that wondrous device was a portal to fascinating new worlds.

If classic 80’s cinema gems such as War Games and Weird Science taught us anything, it’s that computers had limitless programming capabilities. Heck, they could even communicate with NORAD. Needless to say, this was well before the internet age. In fact, Microsoft Windows wasn’t even invented yet. We had to navigate around using its predecessor, the archaic Microsoft Disc Operation System (MS-DOS).

Still, it was pure magic. In fact, I was such a fan that I begged my dad to invest in Microsoft. Just a few shares. Alas, it never happened. My dad not only thought computers were newfangled toys, but he was also not into the whole stock market thing. A bank CD holder all the way. 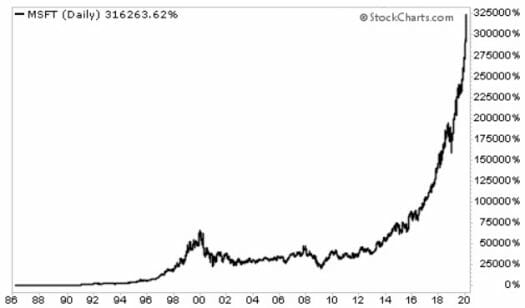 I bring all this up because history may have just repeated itself. Only this time, I may have been the shortsighted father who wouldn’t listen.

My Son Told Me To Buy This Stock…

You see, my oldest son is a big fan of Elon Musk and Tesla (Nasdaq: TSLA). Knowing my occupation, he wondered why I hadn’t invested in the electric vehicle manufacturer. Do it now, he urged.

But it wasn’t happening…

I told him that blasting a vehicle into space might make for a great YouTube video, but flashy PR stunts don’t always translate into gains for investors. I cautioned that the firm’s controversial CEO was charged with securities fraud and nearly removed from his post. And most importantly, I lectured that Tesla was bleeding red ink, having reported an average net loss of $1 billion annually over the past five years. 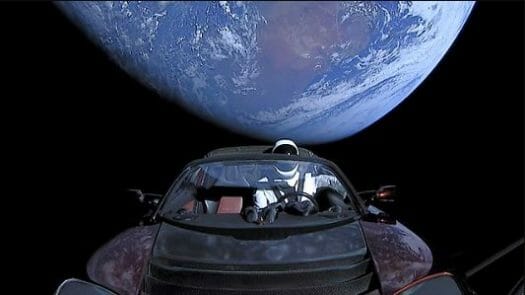 Tesla has also been plagued by production snafus and missed deadlines. Yet, for all its faults, the stock is exorbitantly priced by traditional metrics. Tesla recently had a market value of $104 billion, more than four times its annual sales of $24 billion. That multiple (double the market average) reflects sky-high growth expectations – which may be overly optimistic.

I am not alone in that assessment. TSLA is among the market’s most heavily shorted stocks. There are thousands of people betting against it. One of those is famed hedge fund manager David Einhorn, who wrote last year that Tesla was “on the brink”. There was even talk of taking the company private.

Yet, it’s the bulls who have been celebrating lately.

TSLA has been the market’s biggest winner of 2020. It was already on a good run before last week’s epic rally, which was sparked by a surprise fourth-quarter profit and upbeat forecast. Upon hearing that the company expects to ship 500,000 units this year, traders stampeded in and sent the stock racing from $650 to $780 on January 31. The next day, the shares skyrocketed as high as $969 under tremendous trading volume.

I don’t use this term often, but TSLA has made a parabolic upward move (look at the chart below and you’ll see what I mean). Even after some profit taking, the stock has still risen 143% over the past three months – and quadrupled since last June. 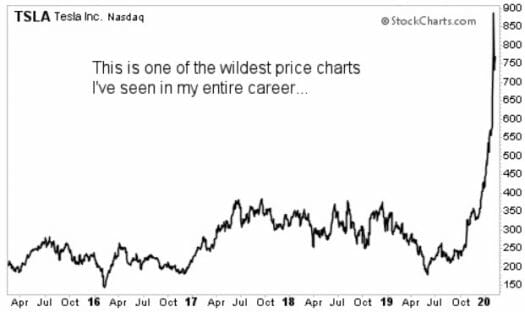 These gains may prove to be fleeting. Much of this rally has been fueled by bears scrambling to buy the stock to cover their short positions (a classic ‘short squeeze’). And the general consensus is that TSLA is sharply overpriced. For perspective, Morningstar calculates its fair value at $326.

Here’s Why I Bought TSLA Anyway…

It’s a long way back down to Earth. But others are convinced the stock is destined for the $1,000 mark.

Personally, while I agree there is huge potential in this nascent market, this business has too many uncertainties right now for my investment taste. I won’t be adding shares to my own portfolio any time soon, and neither should you.

But then again, my dad felt the same way about Microsoft all those years ago. And that’s why I decided to buy a few shares for my son. Even if Tesla tanks, it’s a valuable learning experience for a teenager who is just getting acquainted with personal finance.

And if the stock goes the other way? Well, this is one case where I don’t mind being wrong.

Editor’s Note: You probably already know that the big media companies are battling over what comes next after cable TV. And if you’ve been wondering who will win the streaming wars (Netflix, Amazon, Apple, etc.), then you need to see this…

You see, there’s big money to be made from The Streaming Wars… but you need to know where to look. The good news is, our research staff has done the homework for you.

For our report on the companies that are poised to win the fight, go here now.