How To Unlock The Hidden Secret Behind Buffett’s Biggest Gains

Today, I want to share a secret. It’s an investment skill that, if mastered, could help you steadily increase your success and wealth.

I will warn you though that this advanced skill is not some secret financial metric. Nor do you have to increase your knowledge of arcane accounting rules. And you will not have to become a charting expert.

Buffett watched as his mentor — the father of value investing — Ben Graham made a fortune with insurance company GEICO.

Most folks don’t realize that it wasn’t a lifetime of value investing that made Graham a wealthy man… it was his investment in GEICO. Graham made over 400 times his money in 25 years with his GEICO investment. In fact, just 10 years after investing in the insurance company, he made so much money that he quit investing altogether and closed his fund.

Graham’s success led Buffett to study the company intensely. In 1951, Buffett put 65% of his savings in GEICO’s stock — a stake worth about $10,000. A year later, Buffett sold his position for around a 50% gain. Of course, looking back, I’m sure Buffett wished he would have held onto shares. He didn’t invest in the company again until 1976 when the company had fallen on tough times…

In 1975, GEICO lost $126 million. The board of directors brought in a new CEO who drastically restructured the company. He fired 4,000 of GEICO’s 7,000 employees, closed 100 offices, and exited a couple of its insurance markets. He bumped up insurance rates by 40%.

Things were looking bleak for the company to say the least. Shares had tanked and it seemed that the company may go bankrupt. 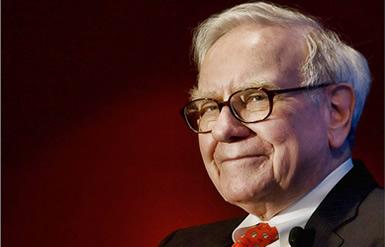 In 1976, Buffett saw the opportunity in GEICO and began buying shares in bulk. Through his company, Berkshire Hathaway (NYSE: BRK.B), Buffett snagged 500,000 shares for around $2.12. Within a few months, Berkshire had acquired about one-third of the company. This later grew to roughly 50% without Buffett spending a dime, since the company consistently repurchased its shares.

Like his mentor Ben Graham, Buffett was now poised to make tremendous profits.

By 1977, GEICO was back in the black and once again paying a dividend. By 1994, Buffett’s company had received $180 million in dividends from GEICO — about four times more than he spent on the stock.

Berkshire eventually purchased the remaining stake in GEICO in 1995 for $2.3 billion. Today, the insurance firm’s float runs north of $23 billion — up from $2.5 billion in 1995.

Buffett’s original $47 million investment is now worth billions. To say it’s paid off handsomely would be a bit of an understatement.

The Most Vital Skill In Investing

Buffett’s investment career is riddled with stories like this. Many people have tried to mimic his success, but few have successfully done so. The reason, as I see it, is simple. It’s because one of his most vital secrets to success doesn’t have anything to do with his ability to dissect financial statements or SEC filings…

The best skill you can develop as an investor is the emotional discipline to be incredibly patient.

Right now is a crucial time to really learn, develop, and understand this skill. The recent flood of retail investors in the market can make it easy to get caught up in the market euphoria. It’s tempting to want to keep up with the Joneses.

You might have friends or colleagues who are killing it by trading the hottest tech names or buying options. If you’re not doing the same, you might feel left behind. This psychological reaction, or “FOMO” (fear of missing out) as the kids call it these days, is a strong emotional behavior that pushes us to make decisions based on what other people are doing.

But when it comes to investing, those choices can often lead to devastating results.

What You Can Do, Starting Today

If you feel like you’re “chasing” stocks or investment opportunities, then it might be a good idea to take a step back and reevaluate your goals and risk tolerance.

However, if you truly want to succeed in investing, then you need to be astounding in your ability to remain patient. Wait until you find the businesses you’ve always wanted at the right price.

Thank again about Buffett. He sold his GEICO shares after only a year the first time, and I’m sure he regretted it. But his ability to patiently wait — an astonishing 24 years — for another opportunity to buy shares of the company at the right price, paid off handsomely.

The more patient you become, the better your investment results will be.

To start, keep a list of wonderful companies that have enriched investors for decades. Read about them, study them, see how they respond during good times and bad. Get to know the business.

Then, wait for the market to give you a great opportunity to buy the stock.

P.S. My colleague Nathan Slaughter just released a report about “the mother of all oil booms” – and how we can profit…

Tucked away in the middle of the desert in West Texas lies the epicenter for one of the biggest oil finds he’s ever seen. There’s already a massive wave of deals happening here – but according to Nathan, we haven’t even seen the beginning.

In his latest report, Nathan will pull back the curtain on this massive boom — and the one small company that’s right in the heart of all the action. By getting in now before the rest of the crowd, you could pocket triple-digit gains, potentially overnight.