How To Take Charge Of Your Income Portfolio, For Good…

Here at StreetAuthority, we’ve spent the past few years warning investors about the dangers involved with the average mindset most investors take when it comes to their retirement.

Your average American citizen that plans to retire in the next 10 years is simply not going to have enough to support their current lifestyle. Those are the facts.

The reasons are complex. Company pensions are all but extinct, Social Security is in dire straits, interest rates are at historic lows… Not to mention there are bills to pay, taxes that seem to creep up higher every year, kids to put through college… you get the idea.

But study after study shows one thing: most Americans are woefully underprepared for retirement. Even worse, many simply underestimate just how much they’ll need when the time comes.

Right or wrong, the game is just different now. That’s why we have long advocated that our readers add new tools to their investing kit.

And that’s where my colleague Amber Hestla comes in.

From Military Intelligence To Market Guru

For those who aren’t familiar, Amber is one of the most well-respected trading experts in the country. In her former life, Amber was a military intelligence operative. That may seem like an odd transition until you understand the parallels between the two disciplines. Then, it makes perfect sense.

In the military, Amber was trained to use her analytical skills to assess threats and mitigate dangers on the battlefield. By making calculated moves, she and her team were able to meet their objectives without taking on an excessive amount of risk.

She would carry those lessons with her to her career in the markets. And while lives aren’t exactly at stake in this particular field, people’s livelihoods are.

Amber’s interest in finance traces back to her service in the military. She wanted to take control of her financial destiny. Today, she’s able to generate more than enough income to support her young family on their Wyoming ranch. 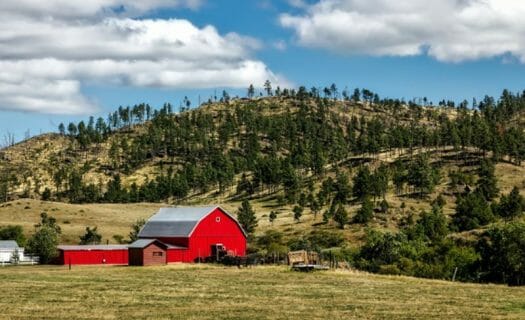 As I’ve said before, Amber is that rare, special breed that you often find among those who are at the top of their field: self-taught, unconventional background — perfectly conditioned to bring the sort of outside-of-the-box thinking required to stand out from the crowd.

Back in the military, Amber began using her downtime to learn about the markets. And as soon as she left the military, she studied under some of the best trading experts in the country. And before long, she developed a trading strategy that mirrored her goals on the battlefield: maximize success, minimize risk.

For those of you who are unfamiliar with Amber’s strategy, it involves selling put options.

Don’t let the word options scare you. Despite what most investors may think, selling put options is one of the most conservative ways to generate additional income around. The goal here is to generate income, not speculate.

To sell a put option means we are giving someone else the right, but not the obligation, to sell a stock to us at a predetermined level (the strike price). This means we are taking on an obligation to buy that stock if the owner of the put contract elects to exercise their right. In return, we get paid for taking on that obligation.

If the stock doesn’t fall to this level, we simply keep our income and move on. If it does fall to this predetermined level, then we will be obligated to buy the stock at that price. For this reason, it’s a good idea to use this strategy on stocks that you really wouldn’t mind owning at a lower price in the first place. (But you could also close your position early and take a loss.)

Fortunately, thanks to her award-winning Income Trader Volatility indicator (ITV for short), Amber and her Income Trader have have made winning income trades more than 90% of the time.

As we like to say, selling put options (the right way) is the closest thing you can get to a “win-win” in investing. But unfortunately, most regular investors either don’t know about it or are unwilling to try it.

But if you’re willing to step out of your comfort zone a bit and learn something new, then this has the power to completely change how you think about income and retirement. Once your up to speed and trading with Amber, you can think of as simply getting a “P.I.N.” code sent to you and cashing in.

There’s a lot more to say about how this strategy works. And we’ve put together a bundle of resources to help you get started.

Go here to learn more about Amber’s strategy and how you can put it to work and start getting paid this week.