A few years back, my Aunt and Uncle retired. They sold their house in Atlanta, Georgia, along with most of their belongings. They bought a 40-foot motorhome and began their retirement life cruising around America.

Their first destination was… South Dakota?

I get that Mt. Rushmore and the Black Hills are a place worth visiting. But at the time it struck me as odd that they would be venturing all the way to South Dakota. Even more baffling to me at the time was their reasoning, which had nothing to do with historical monuments, hills, national forests, or a fascination with Little House on the Prairie.

South Dakota would be their new “home base.” It was where their mail would be sent, where their driver’s licenses would be from, and their overall new place of residence.

I didn’t quite understand, as neither had any connection with the state. I wasn’t even sure either had even been there. But they said it was popular among retirees because of the friendly tax codes.

Turns out they were on to something…

The Pandora Papers is a leak of nearly 12 million documents that revealed where some of the world’s wealthiest hide their money.

The president of Chile, Sebastian Pinera, is facing impeachment after the Pandora Papers revealed a potential conflict of a $2.5 billion sale in a mining company.

The 2.94 terabyte data trove was obtained by the International Consortium of Investigative Journalists (“ICIJ”), in what is the world’s largest-ever journalistic collaboration, involving more than 600 journalists from 150 media outlets in 117 countries.

So far, the documents don’t necessarily reveal a ton of illegal activities, but more so how the ultra-wealthy use offshore accounts and companies to maintain privacy regarding their wealth and financial activities.

Before we really dive into it, I want to clarify something…

When we talk about “offshore” accounts or companies, it is typically associated with some sort of illegal activity or tax evasion. But the truth is, offshore companies do have a purpose outside of just trying to dodge taxes. In fact, it’s common for financial products or investment funds to be set up in a tax-free jurisdiction like the Cayman Islands. And while it might seem like this is done to dodge taxes, it’s typically done to make taxes more simple.

For example, if you have a fund located in a taxable jurisdiction with investors from all over the world, then your investors would have to claim taxes back from the country the fund is located in, and then pay taxes in their home country. This creates a complicated process with a ton of paperwork. To solve that headache, if the fund is domiciled in a place like the Cayman Islands where no taxes are collected, then each investor’s tax information is simply passed on to the taxing authorities in the investor’s home country. The investors are then taxed at their local rate.

Places like the Cayman Islands, Switzerland, Lichtenstein, and Panama have historically been the most popular places for wealthy and famous people to stash their assets.

But you might be surprised to learn that the fastest growing tax haven is South Dakota. 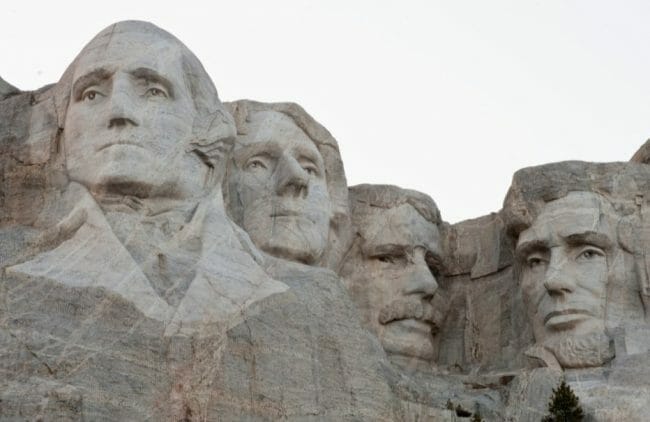 That’s right, one of the biggest surprises so far from the Pandora Papers is that South Dakota’s trust industry has swelled to $367 billion, up from $75.5 billion in 2011.

For decades, South Dakota has loosened regulations on its financial services sector to grow its economy and create finance jobs. It has no state income tax, capital gains tax, or inheritance tax.

The state received a massive boost in 2010 when a whistleblower for investment bank UBS exposed how Swiss banks hid billions of dollars for its wealthy American clients. The government didn’t like that it wasn’t getting its cut of people’s wealth, so Congress quickly passed the Foreign Account Tax Compliance Act (“FACTA”).

FACTA is a federal law that requires any foreign financial institution to tell the IRS and U.S. government about any American assets on their books. The rest of the world also wanted to know where their citizens’ money was being kept, so they created the Common Reporting Standard (“CRS”), which was an agreement to exchange information on the assets of each other’s citizens about assets held in foreign accounts.

Suddenly, places like Switzerland, Lichtenstein, Panama, and the Cayman Islands lost their appeal because you could no longer hide your assets there. But the United States wasn’t a part of CRS, since it had FACTA. And FACTA was just a one-way street, meaning the United States only cared about American citizens with assets in foreign countries. It didn’t care if foreign citizens brought their money to the U.S.

So, the U.S. became one of the best places to keep your assets when looking for privacy… Specifically, South Dakota.

Other states like Alaska, Nevada, Wyoming, and Delaware have mimicked South Dakota, hoping to lure some of those financial assets to their state.

While most of the headlines I’ve read surrounding the Pandora Papers allude to corruption by hiding assets, tax avoidance, or money laundering. But understand that the real reason the vast majority of people use complex business structures, offshore accounts, and trusts, is for privacy.

Sure, you’re going to have some crooks in there as well. But most wealthy and famous people don’t want their home addresses (which is public information), assets, and wealth easily accessible. They just want privacy… and of course pay the least amount in taxes (like the rest of us want to), and they can afford to find those loopholes and tax shelters.

Ironically, one of the biggest questions I have about the Pandora Papers is how exactly the ICIJ obtained this information. Did they obtain it legally? After all, no financial institution responsible for this data is going to hand it over, and no whistleblower has come forward, and the ICIJ has not made a single comment on how they got it… Other than that it was a “group” effort.

But the bottom line is this… I’ll leave it to you to judge whether you think this is a good or bad thing. What I’m more interested in is learning from the strategies used by the wealthy. And if there’s a way for regular folks like you and me to get in, or at least mimic it in a way, then you can bet that I’m going to at least consider it.

That’s one of the reasons why I’m particularly excited about the billionaire space race — and you should be, too…

By now, you’ve seen the headlines. Branson, Bezos, Musk… These billionaires (and a host of other players) are racing to commercialize space. And we’re talking about much more than just tourism. In fact, the latest brainchild of billionaire entrepreneur Elon Musk (called Starlink) is about to go “live” soon.

My latest report tells readers all about this secretive project and what it could mean for the future of space (and life here on earth). And even though Starlink is “off limits” to regular investors, we’ve uncovered a “silent partner” that gets you in on the ground floor…