Is The Fed Beginning To Hint At A Rate Hike Next Year?

After last week’s meeting, the Federal Reserve began to accept the reality that we are all seeing.

My biggest concern for the past several months was that the Fed is underestimating the threat of inflation. It seems as if none of these officials have been to a gas station lately. If they had, they’d have noticed that inflation is a problem. The same is true in the grocery store.

I must be unique in having to get gas and groceries fairly often, but I have noticed very real inflation since the start of the year.

In the post-meeting announcement, Fed members did acknowledge higher prices. They changed the wording of the press release to say that elevated inflation largely reflected “factors that are expected to be transitory” instead of saying simply that inflation reflected “transitory factors.”

There was also a new sentence in the statement. “Supply and demand imbalances related to the pandemic and the reopening of the economy have contributed to sizable price increases in some sectors.”

The Fed moves slowly, so the wording change, while small, is a first step to possible action like raising interest rates. Rates should be higher by the end of next year, and I expect rates to be increased at least twice if not three times before the end of 2022. 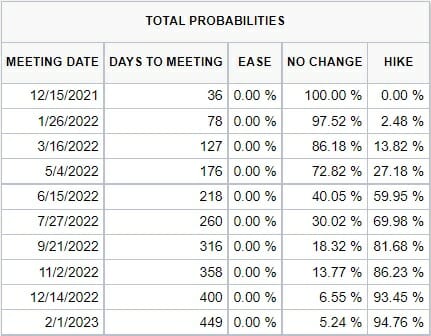 Interest rates are important because they have a wide-ranging impact. But for our purposes over at Maximum Income, we’re watching this closely because they do have an impact on options prices.

And that means higher rates should increase the income we generate in our portfolio.

For those who aren’t familiar, over at Maximum Income, we use one of the most conservative options strategies around to generate income on our portfolio: selling covered calls.

As a refresher, call options give the buyer the right — but not the obligation — to buy a stock from the call seller if it’s trading above a specified price, known as the strike price, before a specified date.

When you sell (or write) a call option, you agree to the obligation to sell that stock at the strike price if it should rise above that price before the option expires.

Now, at Maximum Income, we sell what are known as covered calls, which means you already own the stock you’re selling calls on.

For every option we sell, we receive income, known as a premium. That payment is made upfront, and it’s ours to keep no matter what.

Once we sell a covered call, one of two things can happen — either the underlying stock rises in price or it falls.

If it declines, then the option premium helps offset the loss. In other words, if the shares fall, you’re better off selling covered calls than simply holding the stock.

If shares stay below the strike price through expiration, then the option expires worthless. That’s not necessarily a bad thing for us as sellers, though… This just means we can keep the shares and sell another call to capture another income payment if we want.

But if the stock rises above the call’s strike price, then we have to sell your shares. The only thing we’re potentially sacrificing is if the stock soars past the strike price. In that case, we may miss out on some gains – but then again, we’re still making a profit. 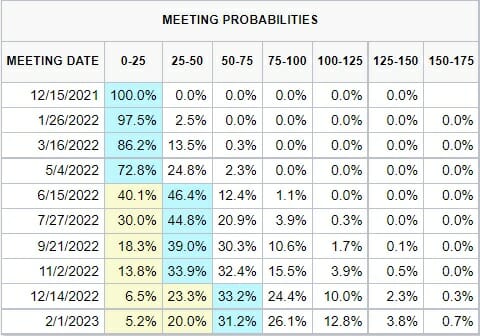 For now, futures traders estimate there is a 60% probability of a rate increase by June and a 65% probability of two increases by December 2022. I expect to see those probabilities rise early next year, and the anticipation of higher rates should increase prices on calls as well.

That is one reason I want to maintain cash reserves as we head into next year. We’ll likely see plenty of opportunities to generate income whenever a rate hike does come.

In the meantime, if you haven’t considered using this strategy to generate extra income, then perhaps it’s time…

Selling covered calls allow you to get paid upfront to potentially sell a stock you already own at a higher price sometime in the future. If the stock doesn’t go up, then that’s okay, because you still earned income in the meantime. And if it does, you still get to participate in (some) of the upside.

This is also why you should only sell calls on high-quality stocks you would be happy to own for the long term.

Whether the stock goes up or down, you can still potentially come out ahead. That’s not to say covered calls are risk-free — no investment is. But once you learn how this works – and see just how much you could be earning – you’ll wonder why you haven’t been doing this sooner.

To learn more about how this works and get my latest trades sent straight to your inbox, go here now.