The Upside Of The Taper, And Why We Should Be Bullish Long-Term…

For years, the Federal Reserve has been inseparable from the stock market. You could argue that this goes all the way back to 1987.

In October of that year, the market began to hit the skids after years of gains. A five-day losing streak culminated on October 19, known as “Black Monday,” when the market fell by nearly 23% (the largest one-day loss on record). When stocks crashed, then-Chair Alan Greenspan jumped into action.

Greenspan had been Chairman for about two months at that time. While it must have been a challenge to forecast what he would do, bulls were pleased when he issued a statement.

According to the Fed’s history of that time… 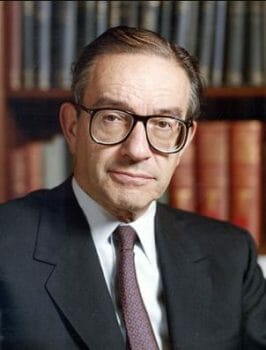 …Greenspan said, ‘The Federal Reserve, consistent with its responsibilities as the Nation’s central bank, affirmed today its readiness to serve as a source of liquidity to support the economic and financial system.’

Behind the scenes, the Fed encouraged banks to continue to lend on their usual terms. Ben Bernanke, writing in 1990, noted that “making these loans must have been a money-losing strategy from the point of view of the banks (and the Fed); otherwise, Fed persuasion would not have been needed. But lending was a good strategy for the preservation of the system as a whole.” According to Bernanke, the 10 largest New York banks nearly doubled their lending to securities firms during the week of October 19 even though discount window borrowings didn’t themselves increase.

Some experts argue the Fed’s response to Black Monday ushered in a new era of investor confidence in the central bank’s ability to calm severe market downturns. …Former Fed Vice Chairman Donald Kohn said, “Unlike previous financial crises, the 1987 stock market decline was not associated with a deposit run or any other problem in the banking sector.” On the other hand, some argue that the Fed’s response set a precedent that had the potential to exacerbate moral hazard.

The Committee judges that similar reductions in the pace of net asset purchases will likely be appropriate each month, but it is prepared to adjust the pace of purchases if warranted by changes in the economic outlook.

Now, at first it may seem like reducing the pace of these purchases may not be something for traders to be excited about. But consider this… At that pace, over the next eight months, the Fed will pump over half a trillion dollars into the economy. (Chart below in billions of U.S. dollars.) This means the “taper” will be very gradual. It also comes at a time when the economy will be preparing to receive over $1 trillion in new government spending from the infrastructure bill that passed last week.

And while that’s great news from a very broad perspective, we have to keep an eye out for the short-term. And to do that, I’m turning to the indicators we use to make trades over at my premium services…

The good news is that the short-term outlook for SPDR S&P 500 ETF (NYSE: SPY) is also bullish. My Income Trader Volatility (ITV) indicator is on a buy signal, with the indicator below its moving average, the thin blue line in the chart below. But ITV is moving higher, even as prices climb. That is unusual and is often associated with a pullback. My Profit Amplifier Momentum (PAM) indicator confirms that. PAM is designed as a short-term indicator. It shows that momentum is weakening, and a pullback is likely.

Add it all up, and for the short term, based on my indicators, I am looking for some weakness before the rally resumes.

That means we should have plenty of opportunities to make profitable trades. And I’m going to rely on a technique I’ve used for years that could be a way to increase your income by hundreds or even thousands of dollars every month.

Each week since February 2013, I have provided my subscribers with low-risk income opportunities over at my premium Income Trader service. And so far, more than 90% of my trades have been winners.

But you need to know the ropes before diving in. That’s why I recently sat down with my publisher for a tell-all interview to explain how it all works.

You can go here to check it out now.