If volatility makes you dizzy, then you can thank (or blame) OPEC+.

Oil prices continue to streak higher this week, much to the delight of energy investors (and the dismay of drivers).

Behind closed doors in Vienna, the cartel’s ministers just voted to curb daily output by two million barrels. For context, global oil consumption stands at approximately 100 million barrels per day. So this decision represents about 2% of worldwide demand – the steepest production cut since Covid struck.

Saudi Arabia and its cohorts are slashing oil supplies to counter sluggish demand and help firm prices in the face of economic uncertainty. Ongoing Covid restrictions have sapped consumption in China, and a global recession could further dampen usage, perhaps leading to another inventory glut.

That’s a big reason oil has retreated sharply in recent months – and why average U.S. gasoline prices have eased below $3.75 per gallon, down from $5.00 in June.

How This Affects Prices (And The Big Picture)

The one-year chart of West Texas Intermediate (WTI) is a sight to behold. Crude started the year in the upper-$70s, soared to $115 in February (just about the time Russia invaded Ukraine), peaked in June at $120, and then descended downhill, completing the round-trip back into the upper-$70s. But prices are now once again on the upswing, flirting with the $90 per barrel level. 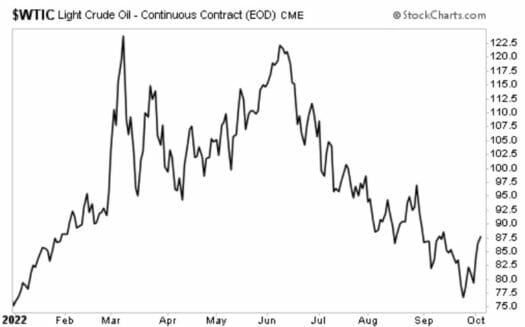 And energy stocks (the only S&P sector in positive territory this year) are responding in kind. The iShares Oil & Gas exploration and production ETF (NYSE: IEO) has rallied nearly 14% over the past five trading days alone. 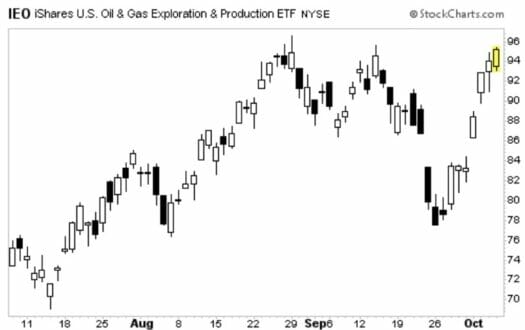 Of course, geopolitics have influenced OPEC’s decision as well. Economic sanctions and embargoes against Russia (a valued partner) had to be carefully weighed. Recent talk of capping Russian oil export prices to choke off war funding has not been well received. Saudi Arabia views it as dangerous free market intervention.

This decision is widely seen as an embarrassment to President Biden, who dispatched high-level envoys to the Middle East to dissuade any cuts and personally visited Saudi Arabia himself this summer to lobby for increased oil production.

That diplomatic pressure utterly failed. OPEC is turning down the spigot even more than expected, leaving the White House fuming. Privately, officials are said to be “taking the gloves off.” Removing supply from the market undermines Biden’s efforts to lower fuel prices (by releasing strategic petroleum reserves) ahead of the November elections. The SPR has now been drained to the lowest levels in nearly 40 years. 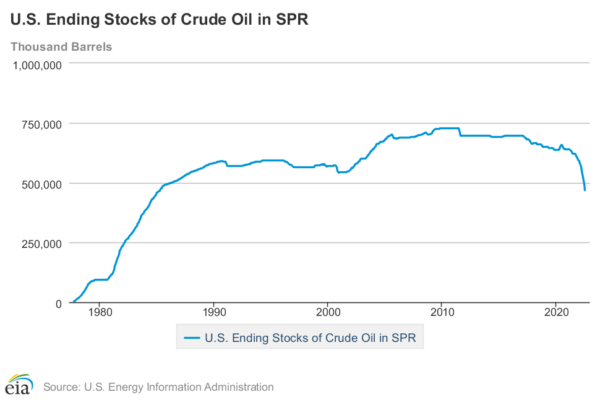 Considering many OPEC members have been unable to meet their respective production quotas, this cut may not be fully realized – and the resulting impact on supply levels may be exaggerated. Still, the net effect of this newest game of hardball between east and west is undisputedly buoyant for crude prices.

Of course, most of us don’t want to see higher prices at the pump. But if you’ve been patient in riding out the recent volatility in the energy sector, this is welcome news.

For example, over at my premium service, Takeover Trader, we’ve owned Pioneer Natural Resources (NYSE: PXD) since late May 2020. Oil prices had just barely recovered from dipping into negative territory the previous month, thanks to the pandemic.

Fast-forward to today, PXD is fresh off a $2.7 billion free cash flow (FCF) profit last quarter, and just authorized a hefty 40% increase in its base quarterly dividend. Combined with stock buybacks and a variable distribution of $7.47 per share, the company intends to return 95% of its FCF to investors this quarter. And during that time, PXD has delivered a total return (including dividends) of about 216%… 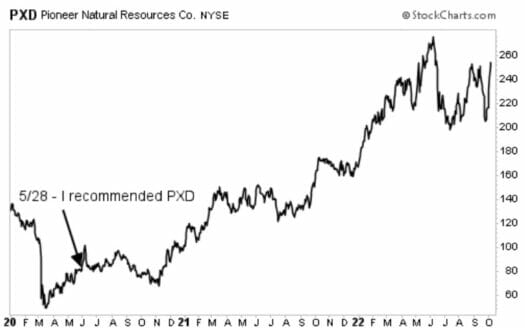 I’ll be keeping close tabs on the situation as it unfolds, particularly weighing these cuts against a softening demand picture thanks to recession worries.

Despite the recent volatility, we still like PXD. But my team and I have just uncovered what we think is the Mother of All Oil Booms, and the number one stock that’s set to profit from it…

Fresh off of a transformative merger, one little-known Texas-based energy company could uncork nearly a billion barrels of oil, and unleash a surge of mega-profits. For all the details, click here now.