Remember the good ol’ days of 2017? The market was climbing. Volatility was falling. And investors could do no wrong by putting their money into whatever was dominating the headlines at the moment.

And, of course, the FAANG stocks were at their height. This catchy name stands for Facebook (Nasdaq: FB), Amazon (Nasdaq: AMZN), Apple (Nasdaq: AAPL), Netflix (Nasdaq: NFLX) and Google (Nasdaq: GOOGL). This group was supposed to represent the most popular technology stocks of this market.

#-ad_banner-#Whether it was a self-fulfilling prophecy or simply really strong momentum (or both), the year-end Bloomberg analysis showed that the FAANGs (or a slight modification on that acronym) were instrumental in 2017’s record-setting market performance. In fact, taken together, Facebook, Apple, Amazon, Microsoft (Nasdaq: MSFT) and Google (or Alphabet, as Google is known now) accounted for 25% of the S&P 500’s rally.

Let’s put it another way. Without dividends, the S&P 500 returned 19.4% last year. If you took away the five stocks mentioned above, the index’s 2017 return would drop to only 14.5%. Impressive — yes. Record-breaking? Not so much. 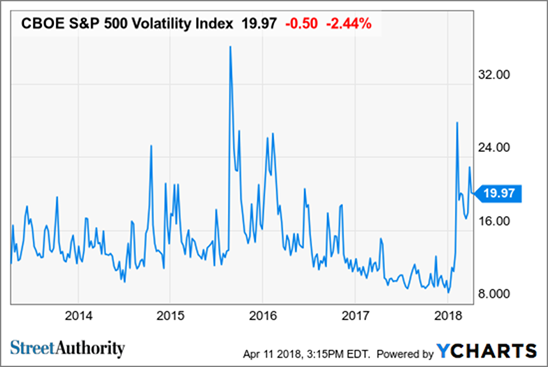 Why Good Research Is More Important Than Ever
Just like other simplified investment plans that used to combine several market leaders in one single group (like the Nifty Fifty of the 1970s, for instance), the FAANGs aren’t your “buy-and-hold-forever” basket of stocks. It is a quintessential momentum trade.The markets are not irrational, nor are they “stupid.”

The markets present the best mechanism we know for collectively processing and understanding financial and all other available information. The FAANGs are (and have been) good stocks; these companies are growing, they are market leaders and, importantly for us, each of these stocks has been or still is a game changer.
I’m not saying that the members of the FAANG gang aren’t ever going to become attractive “buys” again — far from it.

No, the point I’m making is much bigger than that: The fact that so much of 2017’s impressive performance was due to just a few incredibly strong companies indicates that picking the right stocks will be at the forefront of investing even more than it has in years past. At least when it comes to beating the market.

That means good research is more important than ever.

At my premium newsletter Game-Changing Stocks, this means that companies leading the way in new technologies or businesses and/or dominating their prospective sectors or niches are all but guaranteed to outgrow the rest of the pack. And the stock market will reward such companies with higher valuations and higher stock prices.

The Game-Changing Promise Of Small-Caps
Smaller-cap companies have long been our main focus. And I have to say, it looks like as if this focus, together with diligent research, has paid off. Just look at our closed trades for example. The 23 stocks we’ve closed out have delivered an average gain of 29.6% on an average holding period of just under six months. 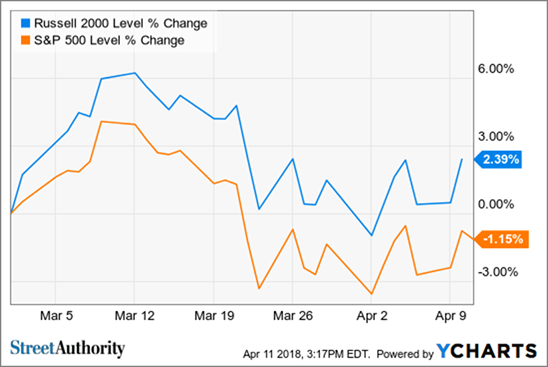 The growing threat of trade wars makes smaller-cap companies relatively more promising than before; so rest assured, we are not abandoning the sector.

However, I’m also going to focus on larger companies too, especially if market volatility hands us compelling values (and, of course, only if these larger companies present a case for real game-changing opportunities).

Moreover, because money was so cheap for so long, and because the best ideas were getting financed so easily by venture capital, small-caps are becoming more of a rarity even in the world of IPOs (and mid- and large-cap stocks are more of a norm than before). Therefore, it’s hard to swear off large-cap stocks altogether in this environment.

Take the recent debut of music-streamer Spotify Technology (NYSE: SPOT). Spotify, which chose direct listing for its public debut, has not raised any money for the company. Its IPO is really all about selling some stock in order to give employees and early investors a way to cash out.

And guess what its market cap is? More than $25 billion. It’s the eighth-biggest technology IPO ever, just marginally smaller than Google’s 2004 IPO.

I’m not predicting that Spotify will become the next Google (or that large-cap technology stocks will rebound fast). But I am making you a promise: I’ll be watching.

If these observations and studies take us to new territories, ones we haven’t covered yet in Game-Changing Stocks, so be it. I look forward to the journey.

The pick I’m sharing with my subscribers this week is a tiny, highly profitable company saving lives by reducing medical mistakes. Even better, it just joined the highly selective S&P 600 SmallCap Index — a sign that this rising star is backed by solid fundamentals.

If you’d like to get the name and ticker symbol of this pick (along with access to the entire portfolio), then go here to learn more.