A Disappointing Jobs Report… Plus: Our Trading Expert Weighs In On The Market’s Risks…

Just a couple of days ago, I walked into a well-known seafood restaurant with my wife and her parents.

“That will be a wait of about an hour and fifteen minutes.”

“No thanks, we’ll go somewhere else,” I said, and we walked out. This was on a Thursday, mind you, after the usual dinner rush. The place was busy, but it wasn’t anywhere near what I would call packed.

“What’s the deal with that?” I wondered aloud. Then, it all made sense as my father-in-law pointed to the sign outside.

Now interviewing for all positions.

In Wednesday’s issue, I referenced some conversations I’ve had with people in various walks of life who are having trouble filling open positions. It seems the Fed and other policymakers are growing concerned about a tight labor market, too.

We got a little more insight into the issue with today’s jobs report. Payroll additions for May were up by 559,000, about 90,000 short of expectations. April’s report was disappointing too, so we’re starting to see a bit of a trend here.

One of the hardest-hit sectors due to Covid-related shutdowns has been leisure & hospitality. That sector gained about 292,000 jobs, which is encouraging. But there’s a long way to go – we’re still about 2.5 million jobs short of where we were in February of 2020, before the shutdowns.

Fortunately, wages are rising, which should help fill some of those open positions. But the big question will be whether a lack of progress in the jobs recovery ends up hampering the economic recovery. We’ll keep tabs on the situation as it develops.

The Market Is Fueled By Speculation, And Risks Are High 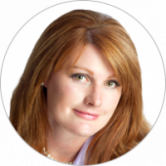 I’ve spent a lot of time telling my readers how risky the stock market is right now. I’m seeing it in everything from the technical indicators I follow to watching the speculation in bitcoin and “meme stocks”.

Today, I’d like to highlight a few things I’m watching, but also offer some optimism – because as my premium readers know, the proven trading strategies we use can work in any market.

First, let’s take a look at the chart below. Based on this measure, it shows the risks are higher than at any time since the Internet bubble popped in 2000.

This is a chart of the Cyclically Adjusted Price-to-Earnings Ratio (CAPE Ratio), developed by Nobel Prize-winning economist Robert Shiller.

Warren Buffett’s business school instructor, Ben Graham, advocated using average earnings to find the P/E ratio. Graham noted that this smooths the effects of the business cycle, and he suggested using five to eight years. Shiller noted that the business cycle is now longer, possibly because of shifts in Federal Reserve policy, and uses 10 years in his average.

Shiller also noted that a dollar of earnings today is not exactly equal to a dollar of earnings in the past because of inflation. His inflation adjustment addresses this problem. The result is a measure that makes it possible to compare the valuation of the stock market over long periods of time.

June Is One Of The Weakest Months Of The Year

Another thing I’m watching right now is seasonal factors, which could be important to consider in the next few weeks. June is one of the weakest months of the year for the S&P 500 Index. The chart above uses data back to 1928 and shows that June is the third weakest month of the year when looking at the percentage of winning months.

The chart of the SPDR S&P 500 ETF (NYSE: SPY) below shows the trend for the past 25 years. Seasonals tell us that the long bull market could be ready for at least a pullback. My Indicators Are Showing Some Optimism, Though…

Now, here’s the thing about seasonals. They’re an interesting factor, but we don’t want to take action based solely on seasonals. If a selloff begins, and the technicals confirm the selling appears to be significant, seasonals indicate we should take aggressive defensive actions.

For now, we need to continue watching the trading range I identified to my readers more than a month ago. This is seen in the next chart. The candlestick chart highlights the lack of volatility that we saw last week. In a candlestick, the open and close are marked by rectangles, which are known as the “body” of the candle. The vertical lines in candlestick are known as “shadows” or “wicks.”

Last week, the close was near the open, and the shadows of the candle were very small. The other thing I’ve highlighted on the chart is the support and resistance lines for SPY. A breakout from that range should result in a significant price move.

In the chart above, my Income Trader Volatility (ITV) indicator is shown in the bottom panel. Last week, the indicator (red line) was above its moving average (blue line). ITV is similar to the volatility index (or VIX) in that it rises as prices fall. But right now, it’s bullish.

Our last chart today shows my Profit Amplifier Momentum (PAM), which also turned bullish last week. PAM is a short-term indicator, and is shown on the daily chart of SPY below. As I see so many investors ignore risk, I am becoming more conservative. After all, we know how the speculative frenzies of the 1920s and 1990s ended. But my indicators tell me that we can be cautiously optimistic about the stock market right now.

The S&P 500 has made little progress over the past eight weeks, and consolidation could form the base for an up move. The limits of that trading range will be important to watch. And it’s possible we could see a breakout soon. If there is follow-through in the price action that confirms the breakout, I expect a significant price move of at least 5%. We should know more soon.

Either way, whether we look at CAPE or bitcoin any number of other factors, it’s clear that the markets are in a speculative phase right now. My approach is, and always has been, to diversify my strategies. And I believe conservative strategies like the one we use over at Maximum Income serve a purpose in any market environment.

For those who aren’t aware, this strategy is geared toward generating income. That means we’re not speculating – our goal is to make calculated trades for income, plain and simple. This isn’t where we find the next bitcoin – and it’s not where we take risky bets on stocks.

Those are speculative strategies. And while I believe speculation has a place in many portfolios, that’s not what we do over at Maximum Income.

For example, I just recently issued a trade alert for Verizon Communications Inc. (NYSE: VZ) to my Maximum Income readers.

This is a trade we’ll be in for less than six weeks. But the total income we will earn from this trade will be more than what regular investors would receive in six months of owning VZ.

This is nothing unusual for us. How is it possible? Well, the strategy is really very simple, and it’s been used by sophisticated hedge funds as well as novice traders for decades to generate extra income.