7 Things Buffett Looks For In An Outstanding Investment

I hope you all had a safe and happy 4th of July weekend. As we all settle back into the grind, I found myself thinking about all of the wonderful opportunities we have in this country.

Consider this… We live at a time in history in this nation where more people can build wealth through the stock market than ever before. It has quite literally never been easier to become a millionaire.

We can also learn from the “pros” like never before. Just take Warren Buffett, for example.

He wasn’t interested in the textile business itself. The business wasn’t doing too well, but Berkshire generated copious amounts of free cash flow. What’s more, it had valuable assets like plants, equipment, and land that could be liquidated for even more cash.

With this in mind, Buffett dissolved his investment partnership and began to invest Berkshire’s excess cash flows, offering his investors a stake in Berkshire in lieu of their previous fund holdings.

The rest, as they say, is history…

Despite the fact that Buffett once said that Berkshire itself was one of his worst investing mistakes, his later performance is proof of the wisdom and value of his approach. Not surprisingly, dozens of books have been written on the subject, probing virtually every aspect of the Oracle of Omaha’s life and all of his legendary investment decisions.

And lucky for use, we have that wealth of information right at our fingertips.

While it is nearly impossible to neatly distill all of his wisdom into any single book or article, we can study some of the key concepts and fundamental criteria that underpin Buffett’s time-tested approach. Today, I will outline seven key traits that Buffett looks for in an investment, and how we can put that knowledge to work in our own portfolios... 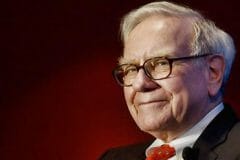 If you’re a fan of Fidelity Magellan Fund manager Peter Lynch, then you may remember his “buy what you know” concept. Buffett has long preached a similar sermon.

Buffett believes in limiting your investments to companies with businesses that can be easily understood and analyzed. After all, if you can’t understand how a business makes money, then how can you possibly gauge its financial performance or estimate its true value?

More importantly, it’s easier to forecast future results for companies with straightforward and uncomplicated business models. Buffett always strives to look into the future when he invests, searching for businesses that he feels will still look solid at least 10 or 20 years down the road (or more).

In short, if you can’t fully explain a business and why you should own its shares in just a few words, then you should walk away.

2. Low Debt Levels
By looking through his previous successes like Coca-Cola (NYSE: KO) and American Express (NYSE: AXP), it is clear that Buffett carefully examines a company’s balance sheet, and prefers to invest in those with relatively modest debt burdens.

When it comes to funding future growth, Buffett prefers companies that can meet their requirements through internally generated cash, as opposed to raising capital by taking on debt or issuing more stock. Companies that can grow using only their existing cash flows are more or less internally financed. In other words, these firms aren’t dependent on securing loans to stay in business.

3. High Profitability and Return-on-Equity
If there’s one single piece of financial data that’s more often associated with Buffett than any other, it’s return-on-equity (ROE).

The calculation of ROE is relatively simple, and this metric can be found on just about every financial website. Simply divide a company’s net income — defined as total profits after interest, taxes, and depreciation — by its shareholder equity. This ratio measures how much profit a company produces relative to shareholders’ investment in the firm.

Earnings growth is fine, but that growth always comes at a price. That’s where ROE comes in. This extremely informative figure tells us how efficiently a company is using the capital at its disposal. As a rule of thumb, it’s often best to stick with companies showing ROE of 15% or higher — but only as a starting point for further research.

4. Proven Managerial Expertise
When Buffett makes an investment, he believes that he is buying a management team, as well as the business itself.

While it’s unlikely the average investor will be able to get to know a company’s management team personally, there are still plenty of important lessons to learn here. Chief among them is the fact that Buffett prefers companies with capable, experienced, and trustworthy management teams — particularly if they have an economic stake in the business.

Before investing, ask yourself: Do leaders candidly admit mistakes? Are the incentives of a company’s managers aligned with the interests of rank and file shareholders? Does the stock have relatively high insider ownership? Has the firm made rational decisions with its retained earnings? Is management committed to delivering long-term shareholder value over short-term crowd-pleasing? 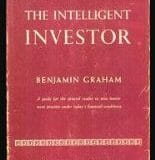 Buffett’s core value philosophy is pretty simple: you’re more likely to realize a gain if you buy a company for less than it’s worth. Here, the source of Buffett’s ideas is clear: the teachings of his mentor Benjamin Graham.

Graham focused mainly on a company’s current assets and book value — the actual numbers that can be found on the balance sheet. Buffett, however, tends to lend more credence to intangibles and potential growth in a business, and his analysis of intrinsic value focuses on key fundamentals like revenues, assets, cash flow, and projected growth.

However, nobody can precisely project a company’s future earnings exactly, so it is important to leave some room for error — or a margin of safety. The idea is to give yourself room to make mistakes when assessing intrinsic value.

6. Sustainable Economic Moats
While no company is immune to competition, some are less susceptible than others. Those with well-developed “economic moats” in place are much more likely to withstand an attack from competitors.

Some economic moats are easily spotted. For example, stringent SEC regulations and oversight have long thwarted new companies trying to enter the credit ratings business. And that barrier to entry has dug a wide economic moat for established players like Moody’s (NYSE: MCO).

A strong brand name would be another example. Coca-Cola (NYSE: KO) is one of the most widely recognized names in the world, and that valuable brand gives the firm significant pricing power, as millions of consumers are willing to pay premium prices for Coca-Cola beverages.

Not surprisingly, both Moody’s and Coca-Cola are long-time Berkshire holdings.

Other competitive advantages, such as supplier bargaining power and the network effect, may be harder to recognize, but are no less powerful.

7. Consistent Free Cash Flow and Owner Earnings
Free cash flow (FCF) measures the cash available to shareholders after a company has paid all of its bills in full. Buffett relies heavily on a similar metric that he dubs “owner earnings.”

One way to gauge a firm’s cash flow production is to examine its free cash flow yield. This is calculated by dividing free cash flow by market capitalization, or the inverse of the Price/FCF ratio. A firm with a free cash flow yield of 10%, for example, generates 10% of its total market value in cash each year. That cash, in turn, can be used to pay dividends or fund share buybacks — items that enhance shareholder returns.

Buffett always looks for companies that have a proven ability to generate healthy, consistent free cash flows over the long-haul.

While you could just buy Berkshire shares or invest in its holdings, the best idea of all is to learn from Buffett’s investments and try to adapt his techniques to your own investment strategy.

Many of Berkshire’s holdings were purchased years ago, and they may not be bargains at today’s levels. Furthermore, we have the advantage of being much smaller than Berkshire… The firm’s immense size virtually precludes it from taking a meaningful position in any smaller companies. So we can apply his principles to look for quality, undervalued stocks in a way that Buffett simply can’t.

Therefore, it’s best not to just copy Buffett’s work — but to learn from it.

Regardless of your preferences, Buffett would advise a long-term, buy-and-hold perspective for the “core” of your portfolio. He also believes that diversification is good for beginners, but more experienced investors are better off sticking to their best ideas and riding with them rather than spreading yourself too thin.

Look for mature, well-run companies with good cash flow visibility, high returns on capital, and sustainable competitive advantages. And when you find them, resist the urge to get caught up in day-to-day fluctuations.

Editor’s Note: We just released an URGENT investment prediction for July 2021 — don’t miss out before it’s too late…

We released seven major investment predictions back in January… along with specific stocks to buy to capitalize on each one of them. So far, 6 out of 7 are up, and one has already gained 391%. But our new “bonus” prediction may be our boldest one yet…

It involves the world’s largest silver deposit… and how a big push for nationalization in this South American country could drive silver to $200 an ounce. Here’s how to capitalize on the move if it happens.